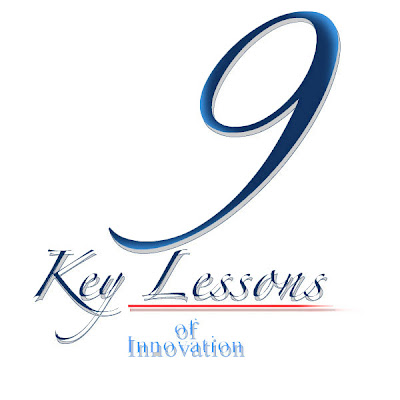 Here's an interesting article over at Gigaom about Brad Bird that gives great insight into his creative process... I can't believe I missed this, but I've been incredibly busy lately. I'm sure you'll enjoy the heart of the post:

Lesson One: Herd Your Black Sheep

I said, “Give us the black sheep. I want artists who are frustrated. I want the ones who have another way of doing things that nobody’s listening to. Give us all the guys who are probably headed out the door.” A lot of them were malcontents because they saw different ways of doing things, but there was little opportunity to try them, since the established way was working very, very well. We gave the black sheep a chance to prove their theories, and we changed the way a number of things are done here.

Lesson Two: Perfect is the Enemy of Innovation

I had to shake the purist out of them—essentially frighten them into realizing I was ready to use quick and dirty “cheats” to get something on screen… I’d say, “Look, I don’t have to do the water through a computer simulation program… I’m perfectly content to film a splash in a swimming pool and just composite the water in.” I never did film the pool splash [but] talking this way helped everyone understand that we didn’t have to make something that would work from every angle. Not all shots are created equal. Certain shots need to be perfect, others need to be very good, and there are some that only need to be good enough to not break the spell.

Involved people make for better innovation… Involved people can be quiet, loud, or anything in-between—what they have in common is a restless, probing nature: “I want to get to the problem. There’s something I want to do.” If you had thermal glasses, you could see heat coming off them.

I got everybody in a room. This was different from what the previous guy had done; he had reviewed the work in private, generated notes, and sent them to the person… I said, “Look, this is a young team. As individual animators, we all have different strengths and weaknesses, but if we can interconnect all our strengths, we are collectively the greatest animator on earth. So I want you guys to speak up and drop your drawers. We’re going to look at your scenes in front of everybody. Everyone will get humiliated and encouraged together…

The first step in achieving the impossible is believing that the impossible can be achieved. … “You don’t play it safe—you do something that scares you, that’s at the edge of your capabilities, where you might fail. That’s what gets you up in the morning.”

If you walk around downstairs in the animation area, you’ll see that it is unhinged. People are allowed to create whatever front to their office they want. One guy might build a front that’s like a Western town. Someone else might do something that looks like Hawaii…John [Lasseter] believes that if you have a loose, free kind of atmosphere, it helps creativity.

Then there’s our building. Steve Jobs basically designed this building. In the center, he created this big atrium area, which seems initially like a waste of space. The reason he did it was that everybody goes off and works in their individual areas. People who work on software code are here, people who animate are there, and people who do designs are over there. Steve put the mailboxes, the meetings rooms, the cafeteria, and, most insidiously and brilliantly, the bathrooms in the center—which initially drove us crazy—so that you run into everybody during the course of a day. [Jobs] realized that when people run into each other, when they make eye contact, things happen. So he made it impossible for you not to run into the rest of the company.

One thing Pixar does [is] “PU,” or Pixar University. If you work in lighting but you want to learn how to animate, there’s a class to show you animation. There are classes in story structure, in Photoshop, even in Krav Maga, the Israeli self-defense system. Pixar basically encourages people to learn outside of their areas, which makes them more complete. [and more creative].

Passive-aggressive people—people who don’t show their colors in the group but then get behind the scenes and peck away—are poisonous. I can usually spot those people fairly soon and I weed them out.

When I entered Disney, it was like a classic Cadillac Phaeton that had been left out in the rain… The company’s thought process was not, “We have all this amazing machinery—how do we use it to make exciting things? We could go to Mars in this rocket ship!” It was, “We don’t understand Walt Disney at all. We don’t understand what he did. Let’s not screw it up. Let’s just preserve this rocket ship; going somewhere new in it might damage it.”

Great tips, although I think they mislabled them as nine lessons when it's actually ten... but you get the point Bird is trying to get across.

Hat Tip to Animated News.
Posted by Honor Hunter at 7:27 AM

um, there are actually 10 lessons, not nine. you have lesson six twice...

Actually, it's two different lessons. I think they mislabled them. I went to the actual article and noticed the same thing.

Honor mentions this at the bottom of the post.

Awesome Stuff. I am forwarding this to the president on my company right now.

I like the lesson on Morale. It is so true. I work at a small publishing company in West Palm Beach. And if morale is low no one is productive.

As to the last point I think Phil Vischer (the founder and creator of VeggieTales) said it best when he said, "A company has to make money, just like a person has to breathe. But just like no one lives to breathe, a company shouldn't live to make money."

Great interview. Hopefully, it will carry over to Feature Animation and lose any possible animosities between them and Pixar, as well as at WDI and even the whole of the Disney company - revitalizing the entire creative machine.