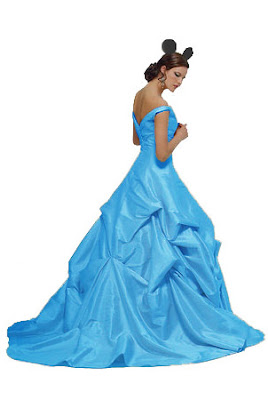 Walt Disney Studios' Touchstone Pictures has made a preemptive strike and paid deal $850,000 versus $1.6 million, in deal for the script "Wedding Banned".

The script is a comedy written by Jack Amiel and Michael Begler about a long-divorced couple that kidnap their daughter on the day of her wedding to stop her from making the mistakes they made. Over the course of the chase as they evade cops and the groom they find that maybe they still have love for each other.
Posted by Honor Hunter at 7:07 AM

Funny..this movie or something with an extremely similar premise was already made. With Bette Midler and Dennis Farina as the parents in the 90s. It was called 'That Old Feeling'.

Why can't anyone come up with something new instead of rehasing not so old, not so good movies?

There are no new ideas.

Only new ways to show old ones.

Something similar to this actually happened in Utah. Scary.

Looks like all they did was watch the news and made that Kidnapped bride story into a movie. I wonder if it will be based on a true story?

Funny thing is...I never hear anyone say these types of comments about those old repeated similar stories??? Just the same, I like to watch a movie before judging, regardless of whether or not its similar to any other movie thats already been made.