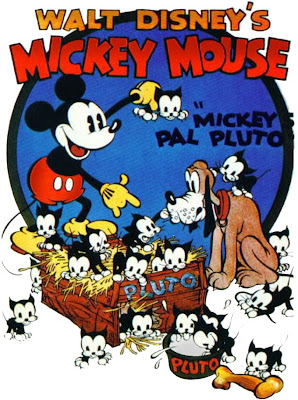 The Mouse has signed David Silverman("The Simpsons Movie") to develop and direct the live-action sci-fi family comedy "The Pet" for Walt Disney Pictures. Scott Rudin and Craig Perry are producing the film whose screenplay was written by Matt Lieberman. The story centers on an everyday-kind-of-man who becomes abducted by a group of aliens and becomes their pet.

We will see next year if Mickey's pet was worth buying or should've been sent back to the pound. Pluto was not immediately available for comment.
Posted by Honor Hunter at 4:32 AM