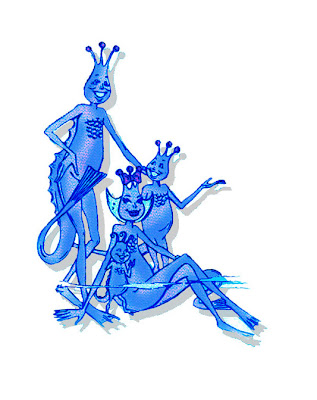 The story is that of two friend since childhood who ordered all those novelty toys from the back of a comic book(of which, I'm guilty buying those darn Sea-Monkeys)...

Decades later, the toys they bought start living up to the crazy advertising claims and force the pair to save the town from the chaos that follows.

The Suit in charge for the Mouse is an executive named Todd Murata. More of Orin Aviv's plan unfolds.

Interesting...
Posted by Honor Hunter at 5:01 AM

Sea Monkeys, what a scam that was. Hehe.