The Next Disney Prince? 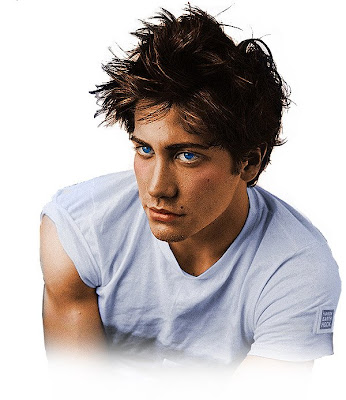 No, you have not stumbled on to another "Tween" site, this is not some teen magazine and no that's not a picture of a guy named Biff.

Well, that rumor we reported back in April has turned out to be true...

Jake Gyllenhaal will star in "Prince of Persia: The Sands of Time," the Mouse and Jerry Bruckheimer Films' adaptation of the video game which Mike Newell("Donnie Brasco", "Mona Lisa Smile", "Harry Potter and the Goblet of Fire") is directing.

Gyllenhaal will play Dastan, a young prince in sixth century Persia who must join forces with Tamina(played by new hottie Gemma Arterton), a feisty and exotic princess, to prevent a villainous adviser to the Prince's father(think, Jafar... live-action style) from possessing the Sands of Time, a gift from the gods that can reverse time. Filming begins in July.

Gyllenhaal is a very good actor(no comment on the beefcake, you ladies will have to provide those...), but doesn't really look the part I pictured. But, the miracle of make-up can do wonders. Maybe even magic... errr, Disney magic.

I'm disappointed...
He doesn' t have the physique du role

YESS. Prince of Persia needed a big-name actor like Jake Gyllen-ho. The gays will LOVE this, haha.

I may be one of the aforementioned gays, but I'll try to think on this objectively ;) As Honor says, his look in past roles doesn't nearly fit what I would picture for the hero of this type of film. But, let's remember Pirates here. Those films took two actors (Depp and Bloom) that I personally feel were a bit "pretty" (in a bad way) in previous films, and turned them into swashbuckling icons. I would expect nothing less than the same type of transformation here. Also, actors can and should bulk up for these kinds of roles, and I doubt anyone would complain about that ;)

Video game to movie adaptations mostly end in tears. There have been a few decent ones (one might even say good ones), but there has never been a really great one.

The problem is that they rarely stay true to the source material (that, or they are directed by Uwe Bowl) Part of the appeal of the Prince of Persia series, especially the modern adaptations were the puzzles and the acrobatic moves you employ to solve them.

The key is translating this to a movie and still make it as exciting as playing the game.

Scissorhands makes a valid point, while the movie will no doubt have a small army of stunt men, I wonder if Gyllenhaal is right for the role as well.

All I know is Disney better hope this Prince does a lot better than Prince Caspian. I can't believe how poorly that has performed.