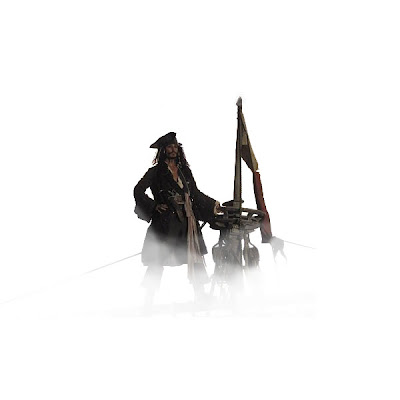 Well, well, when it comes to release dates, Apple isn't the only one who has them...

Walt Disney Pictures has officially announced the release date of their next film about a certain captain. I don't know this for sure, but for such a firm statement about a delivery date, I'd think something would have had to be put in ink. Perhaps egos and trepidations have been put at ease? Perhaps. But remember this date:

It's an awfully lot closer than it appears...

Hat Tip to Adam.
Posted by Honor Hunter at 7:03 PM

So Thor has been moved up right?


Btw. Is it true that "Beauty and the Beast in 3D" has been axed?
If so thats poor form

Couldn't be happier. Now bring me that horizon.

See, I loved Curse of the Black Pearl. Loved it. In my opinion, it's the best live action film Disney's made since 20,000 Leagues.

The story really was wrapped up nicely in Curse, but I held out hopes when I heard about the sequels. Same cast, crew, writers, should be brilliant.

I want to hold out hope again for On Stranger Tides, since they've had some time to work on a script this time and since they're basing it on some strong source material, but I also don't want to get my hopes up.

Beauty and the Beast 3D has been moved to 2011 to coincide with the 20th anniversary of the film. There will be a big push for it next year.

No, Beauty has not been axed. The 3D conversion is complete. The release has just been delayed. The marketing folks feel they have a better release plan.

Thats amazing. Thank you for the recent developments.

Are you planning on updating the Disneyland Resort thread with the expansion on DCA?

Awesome! Thanks for the info! I'll be there opening night for sure.

D23 has also mentioned this in their "Twilight Bark" section;

"The fourth film, titled Pirates of the Caribbean: On Stranger Tides will hit theaters May 20, 2011."

I remember you saying that there was to be a short to go with Princess and the Frog, but it was not finished because of another project - I assume since no-one has mentioned it that there WAS no short..

So what was this project that the animators got pulled of the short in favour of?

It better not have been Beauty and the Beast as was suggested by your readers at the time. Otherwise that was a complete mess up since they supposedly have another year?


Also do you know anything about the 'Fantasia World' that is mentioned in the trailer for Fantasia\Fantasia 2000 Blu-rays?

Is there any connection there?

Gee, all they need now is a script. Supposedly they have a story...

If history repeats itself, and they stick with the same writers, the script will probably arrive after the film has been sent to the theaters for the audience to try to figure out.

No, I'm not crossing my fingers here.

Script should be arriving soon...

Pirates return by Summer next year?
Better get Krakken...