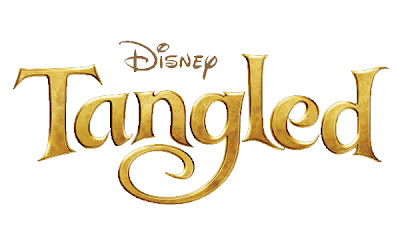 They showed a rough cut of "Tangled" to a gathering of press. John Lasseter was there to proudly present it and the film makers were there to talk about it. The film isn't finished yet. It's about 60 percent done. All of the animation is finished, but the lighting and shading as well as the musical score were noticeably missing. Quite a risk to show a film that has a couple months to go, don't you think? I mean, the press could tear it apart if it is bad. Even if it was mediocre there would be great danger for showing it so soon, letting bad press build up. That would be a long, painful two months wouldn't it?

So the Mouse believes they have something special. The press would be out with knives if this were a clunker, because this is WDAS's 50th animated feature. Imagine the headlines if that had sucked? Fiftieth fails. Half a century of films too late, or something like it. But everything I've heard is that they loved it. This isn't the film you've been shown in those horribly bad, rock song drowned trailers. From the Bothans I've talked to, it's closer to "Beauty & the Beast" or better yet, one of the classic tales of the late 40's/early 50's. Over at Deadline Hollywood, they're talking about it being a contender for Best Picture/Best Animated Picture. My good pal, George over at Latino Review loved it. And from the buzz I've heard, it appears that all those wishing/hoping/expecting Disney to fail are going to be sorely disappointed.

Still. they could have invited me to the screening. I was in Burbank yesterday. Ok, well, I was in the Valley so it wouldn't have taken long to have driven over there. I guess they still are kinda upset with me spilling the beans on a few things, hmmm?

It looks like it's going to be a beautiful November...
Posted by Honor Hunter at 4:34 PM

And now, how to get the word out that it's worth seeing?

Some sort of decent trailers maybe.

saw it - it's AWESOME!! totally hilarious!

I don't think hilarious is what we think of when we think of Beauty & the Beast. I want classical, not DreamWorks. Your comments don't give me any validation. I hope it's good but they need to fire the marketing people if it is good. They are doing a horrible job of making this film look appealing.

I really don't get all the Disney purists complaining about the advertising. For once, I applaud what Disney is trying to do, which is attracting an audience. Attracting an audience is quite different compared to twenty years ago, if you haven't noticed, tastes have changed.

Last year's PaTF tried to use Disney's old classic marketing formula, and we all know what happened to that. The general audience ignored it. Same old does not cut it anymore. The studio has to readjust and evolve with the times, their tactics for "Tangled" has been noble.

From what I've been reading about this film, it seems like it's going to be pure Disney magic. It seems like we're going to go back to classic Disney storywise. I really don't care about the title change, these You-Tube shenanigans, or pop music being played during trailer if it it all culminates and helps the bottom line. The studio had to do things differently this time around, and I applaud them for doing so.

Perfectly Flawed, the marketing for Tangled is no different than the marketing they did for Robinsons and Bolt, both of which underperformed. I'll wait and see the film, but basically if the trailers I've seen are a good indication of the film, then I'll be disappointed- if they're not, than how are they doing their job?

Princess and the Frog underperformed because of many factors, the very least of which was the marketing. The film had the taint of a politically correct headache a year before opening- I'm surprised it did as well as it did. Rather than being something all inclusive, I think it was clearly Disney's film "for black people" which I think turns many people off. Despite being made by many veterans, it felt clumsy and amatuerish. The marketing campaign was fine, honest, and ensured that people going to the theater knew what to expect. However, it was too little too late to counter the previously mentioned cloud of politically correct hurdles the film had to overcome, not to mention overcoming the view most have of recent Disney animation in general. I hope Tangled is good enough to bring people in and get them to come back. However, it's had similar bad press for years now, several reworkings that have been publicized, changes in director, and just the general question that every article promoting it seems to ask, "Can Disney bring the magic back?".

To get back on track, I'm so hopeful for Tangled, I hope it's true Disney magic, I just don't get that from the previews.

It's obvious that if 'Tangled' is a blockbuster, Pixar may be more quiet about 'Brave', and could return the production of 'Snow Queen'.

If I remember correctly, Bolt got a lot of good early reviews as well right? :)

Sorry if that seemed random, but I really enjoyed Bolt :)