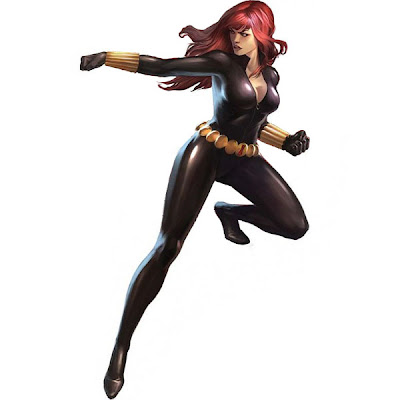 And the possibilities just keep multiplying...

We all knew there were many characters to have the opportunity to exploit, but what appears to be happening is a build up to the "Avengers" film and then a build out from there. There's a really nice interview with Kevin Feige over at MTV's Splash Page. But the important quote is this:

"We've already started discussions with Scarlett about the idea of a solo movie and have begun putting together concepts," Feige told reporters, adding one very important caveat: "'The Avengers' comes first."

So the plans for Marvel Studios keep getting broader. As of now, the plan is for two movies a year as of 2013. That said, if more of these characters keep going through development then we may see a year where three Marvel films will be out before the middle of the decade. And remember, as of that year all the films and sequels that are distributed by Paramount will be solely under the Mouse. Of course, with the notable exceptions licensed by Fox and Columbia. In addition to these projects you have all the animated series, possible greenlighting of live action series and the upcoming Marvel Shorts, not to mention the internet series. It's going to be a Men-in-Tights decade for sure.

Developing...
Posted by Honor Hunter at 5:59 AM

I really question just how wide an appeal the minor Marvel superheroes really have for mainstream audiences. I don't think even the big 3 - Superman, Batman and Spiderman - even have that much box office potential anymore.

I have a bad feeling about Iger's Marvel purchase...