In The Shadows Of The Lamp... 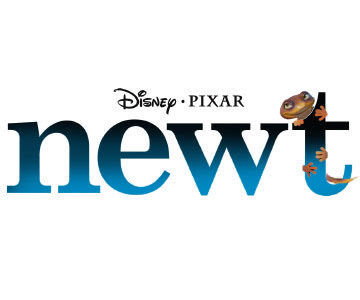 Sometimes projects and people fall off into the margins...

Pixar is a company that has had a hit every time that it has stepped up to bat. What fans probably don't realize, is that along the way, projects have been canceled or retooled, and people have either fired/replaced or quit. It's the nature of the business. It's the fingerprint of Hollywood. You can question many decisions that people in this business, Suit and Creative alike, have done, but you can't question the unparalleled success that the Lamp has achieved. Every studio would love to have that track record.

So, it's with surprise that the Mouse (via the Disney-Pixar Facebook page) has released a bunch of production art from the aborted film "Newt," that was to mark Gary Rydstrom's feature directorial debut. I think this art is fabulous and makes you wonder what kind of film it would have been. Is it me, or do you get a "Rikki Tikki Tavi" vibe when drinking in these lovely images? Oh, what might have been! Sometimes jewels are unearthed and sometimes they're buried.

There are lot of interesting things that you don't see, that are in the shadows around the Lamp...
Posted by Honor Hunter at 2:08 PM

I'm in love with this beautiful concept art. Why did they cancel it, instead of just "shelfing" the plans? Is it possible that his movie can still be brought back into production?

Interesting move to show this art off. This is a move for the fans that I appreciate.

I always kinda felt that Newt would eventually show up as a short or something.

Looks like it would have good..isn't this the exact same premise as that awful looking movie coming out where the two wolves that hate each other are thrown together to save their species?

Well as they say, a good idea never dies... right now Pixar is bubbling with ideas for new movies, but some day that may no longer be the case...and it will benefit them to have some good unused ideas to draw from.

From an imagineering standpoint...Newt might have helped an area like "A Bugs Land" not be themed to just one movie...

The wolf movie, Alpha and Omega, is similar in story. But that's not really the issue. The problem is with Blue Sky's new film, Rio, which comes out next April.

Rio's plot is way too similar to newt's. The only main difference between the films is the animal (Rio deals with parrots). Even the color and gender of the protagonists are the same! Dumb blue male in captivity gets "saved" by smart blue female in the wild. Unlike Antz vs a bug's life, this one was much too similar to pass by unnoticed, especially by critics.

How was Pixar going to survive accusations of plagiarism with Rio hitting the theaters a few months before newt? No matter how good the film might have been, Pixar would have been subjected to a negative media campaign from the start, because of Rio's earlier release date. Because of that, newt probably would have been Pixar's first flop through no fault of the filmmakers.

I don't blame Pixar pulling newt under these circumstances. They want to maintain their stellar reputation, and newt might have sunk it for years to come, especially if the story wasn't as solid as Toy Story 3. That film has set the bar for Pixar moving forward. It will be very difficult for future Pixar films to live up to it.