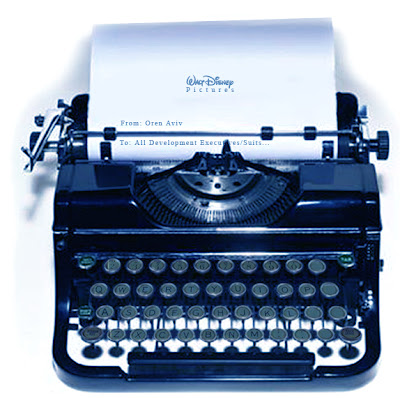 I've been getting a good amount of e-mails today asking about an article over at Ain't It Cool News about upcoming Disney films and franchises...

The post doesn't mention much but states the obvious. I will tell you what I know in relation to what the person said and what I can reveal. I have some sources in Burbank and not all of them are loosed lips but they tend to drop hints from time to time. Some of the Bothans there are in the know and all of what I know, which can't be revealed.

The source says that...

TRON the sequel/reboot will be in 3D.

This is a very good possibility since many projects at the Mouse will be 3-D by 2010, but first they have to come up with an acceptable and budgetable(read: not too expensive) script. That hasn't happened yet. Well see if by late summer something will be ready for approval.

Ok, again this is highly possible but is not guaranteed. There are story people inside Pixar working on this as we speak. But no film will come out if a proper script doesn't come to the attention of John Lasseter. He loves these characters and wants them to be shepherded properly. Another thing is the dates seem about right... figure if one comes out it will be around 2012, which is coincidentally when the new Cars Land area opens up in DCA. This will make a great promotion for the park, but remember that at Pixar the first rule of film: STORY IS GOD. No story... no film. Time will tell. At least we'll have a new Cars short to tide us over until the movie... oops. Scratch that. Repeat after me: "You didn't hear about a Cars short, did you?".

Actually, from what the Bothans tell me a National Treasure 4 is being planned... maybe even a fifth. The Suits inside Team Disney in Burbank couldn't be happier with the way this one is progressing. Nick Cage enjoys doing it and if they find a good idea to work with this series could go on for a while.

Well, yes. But as for the scope and scale of the story? We'll have to see. The writers are a little preoccupied right now with a period piece know as a " Western ". Some of you may have heard of it? I've heard that they have several ideas for the series, but that it will only involve Jack Sparrow and perhaps Barbosa. Will and Elizabeth will not return. As for the Fountain of Youth plot element? Not known, really. The ideas for the film are in an embryonic state and don't expect anything concrete to be penned down until the beginning of next year at the earliest.

Oh and don't ask about the "Jungle Cruise" film right now. I'm still trying to persuade my friends at TDB to get me a copy of the script and, sigh... I better shut up right here.

The article's header mentions 2011 as an important year for Disney. Now where have I heard that before? Lots more will be coming to Blue Sky Disney in the near future regarding this very transformative year for the Mouse... Stay tuned.

Well, that's all I know/or can say about these projects...

Hope that clears up the fog just a bit for you...
Posted by Honor Hunter at 4:57 AM

I understand them wanting to create a Cars 2 because of the new DCA renovation and the toys selling like hotcakes, but really, that movie does not call for a sequel... I thought the movie was good the way it was, that's the way John Lasseter felt passionate about (nostalgic feeling about Route 66), and I just don't see the need for another one... Then again, I didn't see a need for Toy Story 2 and they did well on that sequel.

Still, the best I can think of is a completely different story set in the same Cars world. That would open up a whole bunch of other characters for Disney to market, and it would leave Lasseter's characters the way they were in Radiator Springs... Maybe a spinoff on those hot rod cars that met up with Lightning McQueen's truck in that one scene?

Whatever it is it'll be better than Shrek the Third. Lasseter doesn't let his films be huge piles of crap like Dreamworks does.

What about the sequel of Enchanted?
Is it planned? In an interview Amy Adams said:

CS: You helped launch one of Disney's bigger hits last year, in between their two big sequels, so have they approached you about appearing in a sequel to "Enchanted" yet?
Adams: Not yet. I think we will see. I was told yesterday that the director said that "Yes, there is going to be a sequel" but I have not heard that. I'm the kind of person that until ink is dry and it's posted on a banner saying "Hear ye, hear ye" I don't ever (believe it).

Enchanted doesn't need a sequel either... Man, I was hoping Lasseter's reign at Disney would put an end to franchising of movies. Oh well.