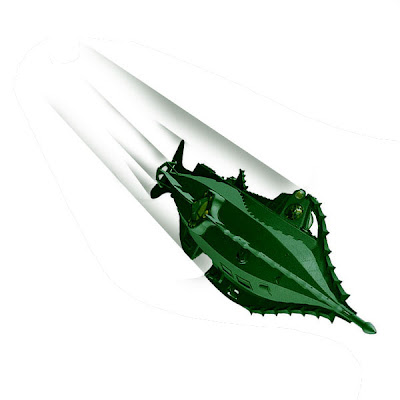 Now comes word from Variety that the 20K sequel has been put on hold...

Actually, that's not the good news. I have always like the idea of a prequel to the classic and it would/could be a great aquatic action film along the lines of "Raiders" or "The Mummy" but my complaint has always been with the guy steering it. Or actually, his taste and choices.

It appears that McG has moved on to other things and the Mouse has halted the planned production of this project indefinitely. Hopefully they'll get this thing going again soon, but with a director more in tune with what this project needs. My suggestions? James Cameron would be interesting, but I don't think he has the time or interest. Peter Jackson, but he'd probably turn it down for similar reasons to Cameron. So who else would be a good choice? Actually there is one other choice. A perfect choice actually, but he's going to be busy for a few years so mayby he can do it when he wraps production on his latest epic? Guillermo del Toro would be absolutely spot on for this project. He's also a fan of the original and wouldn't do anything to screw with it and the legacy of the original film. Maybe it's a good thing it got delayed, you think?

Maybe it's on hold so Will Smith can do his version of Flowers for Algernon?

I'm wondering why Disney has never made a film about Walt's life. Doesn't it seem that, with the recent opening of the museum and the fact that no one seems to really feel that the definitive biography has been written, now would be the perfect time for an intelligent film portrayal? I could see Terry O'Quinn in the role, unless we want to see what Mr. Depp could do.... (So, any suits lurking out there?)

How about Spielberg as director? I would see that.

That sucks! I really like McG and Will Smith!

Don't try to bait me in to responding to that...

I've made my feelings on this very, very clear.

As for directors for the project, I'm of the mind that del Toro is the clear, number one choice for this project.

Of course, the Suits don't listen to me...

Well said, no Will Smith thank you!

Guillermo Del Toro? Hardly, he does more fantasy/horror based movies, 20,000 leagues is an adventure film, great director though he is. Peter Jackson is a very cool choice, personally. As far as an actor goes for Nemo, they won't go with WIl SMith, it doesn't make any sense to, the characters not african american. I would go with Liam Neeson persoanlly, though he may be as some people would say, old for the part, so maybe Eric Bana, since I really liked him in Star Trek.

PS I like the idea of a Disney biopic, a really great man. Terry O' Quinn is a pretty good choice, maybe him or some other actor I have yet to think of (haha).

get john woo to direct. How would he get doves in a submarine?

Nemo is suppose to be Indian! Not black not white

I don't care what he is as long as he looks the part and can act...

He doesn't have to be Indian, but I certainly want him have a look that makes you feel he could be. That's why I suggested Eric Bana. His dark features and makeup could make you draw that conclusion. The odds that he winds up being Indian are small since there aren't many Indian actors that are known that well here. When they're going to be spending close to $150 million for a film of this kind, they want someone that will open a film like that. That's the reason they were talking Smith, but he's wrong for the part. Personality and ethnicity aren't what Hollywood was looking at though. It was color, not race.

But the color was green, not black or white...