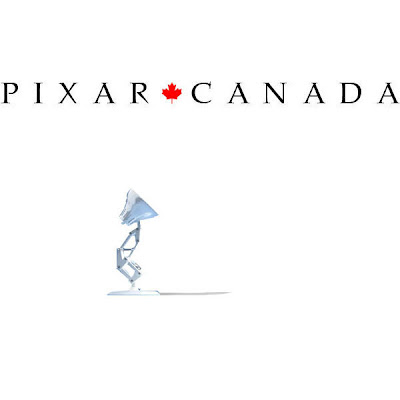 A little news about our favorite company in Emeryville's little expansion campus...

We've known for some time now that Pixar was building an animation studio in Canada. This one was to handle the various bits of animation that aren't handled in house, like the animated theme park segments (think: Toy Story Midway Mania), various shorts, product tie-ins and other commercial endeavors heretofore known as "Legacy Franchises." Lasseter was very concerned about the animation that was being done for TSMM since it wasn't being handled by Pixar (rather, WDI delegated it to an outside firm). This was before he was in the position to make all those decisions he's been making. This along with the spurt of growth the Lamp has been going through have resulted in the expansion of the company beyond domestic borders. Not much else has been said about it and everything has been quiet till now.

Dylan Brown, who was a supervising animator on "Ratatouille" is the Creative Director of Pixar Canada as the division will be known (that's the logo up top, sans little Luxo Jr.). Anyway, Brown was at the Vancouver Film School to meet the staff and students as well as look for potential employees. Expect more to be announced as they ramp up for production next year, but until then you can check out these nice pics of the event over at Flickr.

Hat Tip to Upcoming Pixar via The Pixar Blog.
Posted by Honor Hunter at 7:57 AM

"Lasseter was very concerned about the animation that was being done for TSMM since it wasn't being handled by Pixar."

But then, the animation for TSMM did end up being done by Pixar animators, right?

That's what I remember hearing. I could be wrong though.

I don't know about TSMM, but the animation for "It's Tough to Be a Bug" was not done by Pixar.

TSMM's Character Animation was done by Pixar. Same is true for the Bug's Life characters in ITTBaB; the secondary bug characters who were not from the original movie were not animated at Pixar.

Ah outsourcing it's an American dream!!! A hundred years ago my family came to America looking for work, if only they knew they were going to send it somewhere else someday.

Concerned that Pixar might grow too quickly or that the (now) Pixar-Canada might not live up to the standards of Pixar(-true).

I assume Pixar will still be developing theatrical shorts in-house as well as movies.

Pixar-Canada basically working on Cars Toons for Disney Channel? Or will there be original shorts too?

It would have been great if they had of done this in the old animation building in Orlando...keep the work here for 1 AND I'm sure guests would dig seeing animators working on Pixar projects...

Seriously, it's just another example of outsourcing. Orlando would have been a much better choice. Or NY...TONS of amazing talent there! I am a Lassetter fan, but no one should hold all the keys to the kingdom.