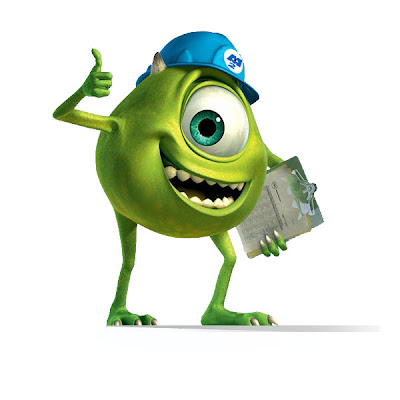 Pete Docter and Bob Peterson are making the rounds doing interviews for the DVD/Blu-Ray release of Pixar's "Up" and "Monster's Inc." with one little comment is making waves...

Latino Review has a good interview with the director and co-director of the Lamp's latest. It's a good read, but the thing that's got some people excited/upset/mildly interested is in an interview Docter gave New York Magazine.

In that interview he mentions he's working on a new project that'll be out in 2013-2014 and that it's not "Monsters Inc. 2." Some people are upset about this, but you really shouldn't be. He didn't say that we wouldn't be seeing Sully and Mike again. He just said it wasn't the next thing he was working on. Believe it or not there are many projects in various states of development at Pixar that aren't anywhere ready to be announced. Docter's is just one of them. There are a couple surprising projects that I'd guess the Lamp would be announcing hopefully next year, but Pixar is notoriously guarded about its projects. It's actually surprising that people didn't think Docter would have another non-Monsters Inc. project brewing.

Now as for Monsters Inc., I haven't heard from my Bothans that were in the know on this project in a couple months, but I do know that as of the end of summer M2 was still in very active development. It could have been shut down since then, but I don't think so and will remain optimistic until we get an actual denial from John Lasseter and Co. But there's one question that people aren't asking. One question that's dangling from my proverbial imagination. What's Bob Peterson doing next? 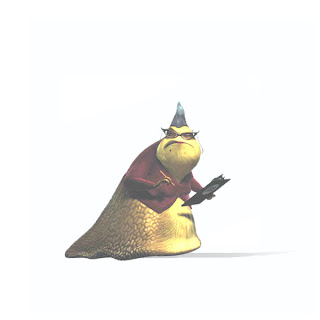 Haha it's like you read my mind or maybe its just too much of an obvious observation. A few hours ago I was tempted to prompt this question when I saw this.

Before UP, Monsters Inc was my favorite Pixar movie, and I'm not sad at all that a sequel is not Pete Docter's next project. In fact, I'm relieved to hear he's working on something new and different, whatever that may be. If he's gone to Monster's Inc 2 after the first one, we wouldn't have Carl, Russel, and Kevin. Now I'd certainly be there to see Monsters 2 if that's what we got, but I prefer Pixar when it's building new worlds rather than revisiting even the most beloved ones.

So what IS the project that Docter is working on then?

I can't wait to see what Pete Docter's next project is, seeing that Up is now one of my favorite animated movies ever.

If you take a look at the new round table extra on the Monsters Inc. Blu-Ray the guys at the end pause and say, "Let's do it again!" and they all look at each other and give a hinting smile and say "Yeah...". Maybe Pete himself isn't working on the sequel to Monsters Inc, but I have a feeling somebody is.

I really don't want them to make a Monsters 2. The first one was such a perfectly self-contained story with a perfect ending ("Kitty!"). I'd love to see Mike and Sully again in a new short or two, but not in a movie sequel.

The rumour I heard from a while back was that a possible Monsters Inc. sequel could follow another original Docter film after Up. Then the net was full of the rumour that Docter's first film after Up would actually be the Monsters Inc. sequel. So maybe the first rumour was true all along or maybe different people are working on the sequel. Who knows? Nothing's set in stone anyway!