Legacy Is Only The Beginning... 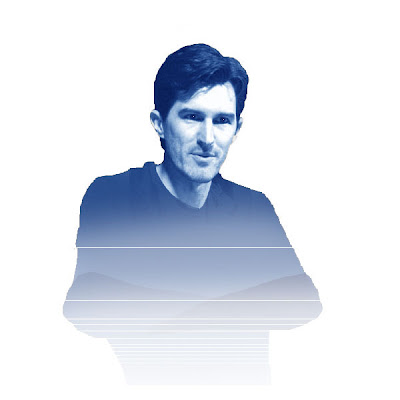 It appears that the Suits in Burbank are very happy, albeit somewhat nervous of the price tag of "Tron Legacy" with the latest screenings...

It appear that some are feeling what "The Matrix" was to the 1990's, this could be to the coming decade. When I spoke with one of my Bothans last night that's the impression they got. Although the budget for the film is quite high, it's not at the level of "Avatar." But from the footage seen, the executives are looking at planning out a trilogy of films (or Tetralogy if you count the original). Not that they hadn't hoped it would be something they could make sequels to. But there is already talk of another script and planning has quietly gotten underway. It's preliminary, embryonic stuff of course, but Disney is feeling that confident in what next Christmas could hold for Walt Disney Pictures.

That would be a complete turnaround from the year of disappointment that 2009 has been. Besides "Up" and the soon to be released "The Princess and the Frog," there hasn't really been much to celebrate. That could all change next year with the release of "Alice in Wonderland," "Prince of Persia: The Sands of Time," "Toy Story 3," "Rapunzel," and "Tron Legacy," naturally. The Mouse is going to take a major stab at putting its imprint on being at the top of the box office in 2010.

But I have a feeling that Joseph Kosinski is going to be feeling like Gore Verbinski for the better part of the next decade...
Posted by Honor Hunter at 9:28 AM

Never seen Tron, probably never will. Be that as it may, the Comic-Con footage looked incredible. Christmas 2010 can't come soon enough.

Hey, I like the new site logo. (That is new isn't it? I'd feel dumb if it wasn't.) I think it could stand to be a little larger, though. I do like its whimsicality.

The logo changes weekly on average so you'll see it ever so often.

You're kind of right Hunter, besides the Pixar stuff and "The Princess and the Frog", the last couple years have been quite boring for WDP. The slate for next year looks quite exciting I must say,I'm actually looking forward to each film!

I just watched the original "Tron" earlier this year, and I wasn't quite sure what to think of it - it was kind of boring. It might have been because the film was too 80s for me, and the visual graphics were quite prehistoric. But I must agree with Dan and say the Comic Con stuff do look inredible, and it does seem like they placed much effort into this project - hopefully their effort transltes into success.

But my question is, will the male demographic buy into this action thriller from Disney? For every Pirates film, there have been major box office disspointments like "The Black Hole", "Treasure Planet", "Atlantis: The Lost Empire", and of course the original "Tron". Disney's track record on this genre hasn't been that great. I kind of have doubts that "Tron Legacy" might not be able to be taken seriously by the public. Let's remember the Marvel fan backlash when it was announced that Disney was to aquire the iconic comicbook company a couple months ago, many people had believed we would finally see The Incridble Hulk having a cup of tea with the Disney Princesses.

@perfectly flawed, how was the original Tron a box office disappointment? It more than made it's budget back in domestic box office. It may not have been a huge hit, but I wouldn't call it a disappointment.

With the lineup of promising films all being released next year, all of them under the approval/supervision of Dick Cook, maybe his departure from the company was a tad premature? :/

so - if all of 2010 is a hit for Disney, will Iger go back and say "yes, Dick Cook had some good things going before he left." Obviously that's a rhetorical question and Ross and Iger will take all the credit that their new integration plan (no more synergy) was exactly what the company needed.

Sorry, Tron was pretty weak when it debuted back then. I felt it lacked a detailed story line. Not sure how it can be expanded into a trilogy. Even Pirates (POTC) was barely coherent as a trilogy. The comparison to Matrix might not be apt. Matrix had the goods, but the sequels fell apart. Tron never had a good story.

They most likely had their reasons for firing Dick Cook, OlegC, many of them most likely classified.