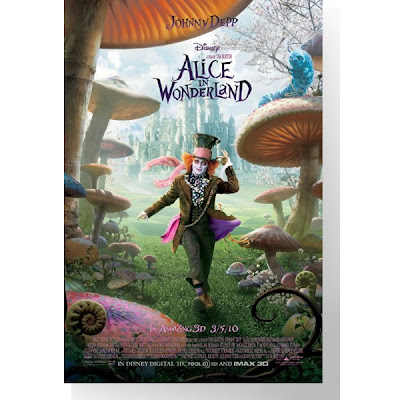 What makes this one so special is who it is obviously. Johnny Depp as the Mad Hatter will be what drives viewers to the box office on this film. No matter what anyone tells you, that girl with the blond hair who keeps drinking what she's not supposed to and going where she's not allowed is merely a sidekick.

Don't be so terribly late next spring... 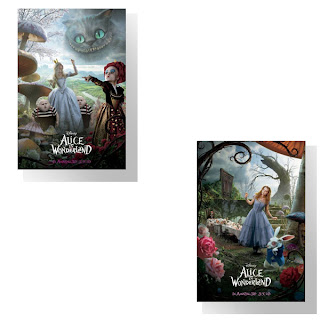 No post about the 31st anniversary of the Star Wars Holiday Special? Tsk tsk :-p

Bea Arthur is rolling over in her grave at that comment.

I am not seeing it because of Depp. Yes, though from the previews it focuses more on Depp than they should.

They're part of an advertising campaign...

Depp is the bigest star, that doesn't mean he has the biggest role in the film. But that's why you see such an emphasis on showing him.

See the movie, judge for yourself...

All three are designed to fit together as one poster with Depp in the middle.