When you wish upon a frog... 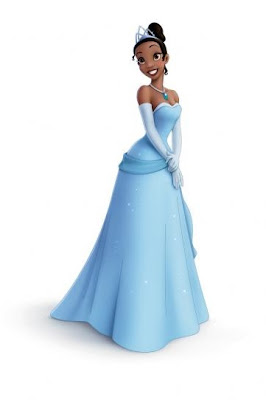 And the roll call for a new dawn in Disney Animation continues...

The Mouse's latest film has gotten mostly high marks since it's release last week. A week from Friday everyone else gets to make their own minds. Until then, here's a few thoughts from some critics' minds.

"Disney Animation is back doing what it does best -- musical romantic adventure with magic -- after 10 years of unfortunate forays into barnyard humor and science fiction (see the same directors’ Treasure Planet or, better yet, don’t.)"

"Visually lush, the film strikes me as the most American of the Disney Princess movies, using uniquely American iconography to paint the fairy tale.

I don't think this is the best of the Disney films, or that it's the best of what Disney is capable of, but I do think it's a movie that treats its target audience with uncommon respect. One might argue that the hand of John Lasseter, the film's executive producer, can be felt in the way the film treats its audience. After all, Pixar's built the brand out of treating the audience well. But to the credit of Lasseter and the Disney animators, this doesn't feel like the film has been "Pixar"ed. It's still recognizably a Walt Disney animated film, and the mere fact that this film drops so recognizably into the archetypes is comforting, an itch scratched, a momentary detour corrected now."

"In a culture where advertising hype is more ubiquitous—seemingly more "real"—than the movies themselves, The Princess and the Frog’s feels like the ultimate betrayal: It’s classic Bait-and-Switch. Hyped as offering the Walt Disney corporation’s first African-American animated heroine, The Princess and the Frog actually refrains from expanding our social imagination. Based on the venerable The Frog Prince, it uses that fairy tale’s moral about seeking inner value and personal worth to exploit "post-racial" complaisance."

"The animation style of The Princess and the Frog is perhaps the best Disney has produced for a traditionally animated film in years. This may not be 3D, but the film's vibrant look feels like much more than two dimensions with incredible character designs and an elaborate recreation of the architecture of the French Quarter from the Roaring Twenties. As an African-American and a Hispanic, I didn't find the character designs and portrayals to be stereotypical or racially offensive."

Just ignore that review from Armond White. He loves to praise terrible movies like Transformers: Revenge of the Fallen and Norbit, while giving negative reviews to There Will Be Blood and The Dark Knight. Among White's critics, Roger Ebert even wrote a negative blog post about him: http://preview.tinyurl.com/qxql3n

Armond White is, has been, and always will be a troll.

What does that idiot White's review even mean?!? It's complete rubish. White tries too much to sound like a pseudo intellectual.

Agreed, Armond is notorious for liking awful films and hating critically acclaimed films. I would just take his review out of this post if you can.

"Armond White is, has been, and always will be a troll."

Sounds like he's doing a good job of it, too.