What Made Joe Jump... 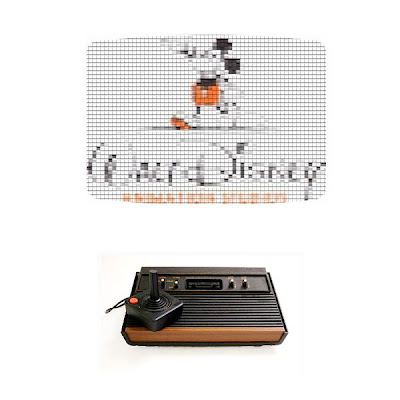 As of yesterday there was a change in the schedule at Walt Disney Animation Studios...

We've talked recently about the road ahead for the Mouse in ink and paint a couple weeks ago, so consider this an addendum that will be followed by more addendums. The schedule for the next few years remains relatively the same. Next year comes "Rapunzel" and then the following we get the new "Winnie the Pooh" film, but then things start to get a bit bumpy. 2012 will possibly see a different film as that year's offering, "King of the Elves" has been pulled off the rails temporarily as it gets retooled. As to what that means, well, it's the direction the story is heading isn't where Lasseter and the Story Trust were expecting it to be. Being as they have time before it's supposed to start animation (approximately late next year), this doesn't mean the end of the project. Remember that this happens on many films at Disney and Pixar. Ratatouille was the last example of the Lamp retooling a project. I've heard that there were story problems as early as a couple months ago with the departure/removal of Robert Walker. Aaron Blaise will most likely get another co-director but that hasn't been announced yet.

Being as that project will be tinkered with, another computer animated project that was thought dead a couple years ago could now possibly take it's scheduling place. I mentioned "Joe Jump" coming back from development hell in a post earlier in the month. It appears that it may move from a tentative 2013 release to 2012. Kind of the way Pixar moved "Cars 2" up to 2011 from 2012.

Animation takes a long, long time to make; sometimes it takes detours and other times it takes extended pit stops. Disney Animation's "Joe Jump" has taken a long, winding road. A road where good and bad things happened. Animated films go through metamorphosis from early conception through the development process, all the way to opening up all across the world. Sometimes it turns into a Frankenstein project like "Chicken Little," and sometimes it turns into something of a gem like "Bolt."

Hopefully, JJ will turn into that one. As a matter of fact, it's looking that way right now. Remember how Bolt began life as something called "American Dog" from Chris Sanders? Well, that's the case with Joe Jump. There are enough elements of the story that survive, but the project has taken a different route that what Sam Levine intended. Joe Jump was his baby. He storyboarded his heart into this project with his writer and created something that was decidedly different that what Disney is known for. When Lasseter came in, all projects that weren't deemed "Disney" enough were cast aside. Levine knew that there was trouble even though John kept him and his writer on board for another year working on the project. After it started to languish he asked for a status. What should he do? Go on working on a project that there didn't seem to be a lot of love for, or move over to another project? He wasn't given a clear answer. And so Joe J. faded into the background. And Sam? I believe he moved on.

The new incarnation of the film bears elements to the original, but there is enough difference to consider it an entirely different film. Rich Moore, the film's new director is taking a different approach and Levin is nowhere to be seen, although his influence is felt. Notice there is one director attached to it? As of now, that's the case, although a co-director could be added later if problems arise. But that's the case for the next couple of projects. Remember that other untitled hand-drawn film that is supposed to come out in 2013? It also only has one director, as of right now, Chris Buck. But again, things change as the news about KOTE shows. Of course, the other news about Chris Williams new project will be interesting to hear when it finally gets announced. Hopefully that will happen next year. Let's just hope it doesn't get "retooled."

But let's not think it would be the end of the world if it happened...
Posted by Honor Hunter at 7:24 AM

Honor, what about Snow Queen??? Don Hahn announced this animated movie in september during the D23 convention...

I wouldn't call mentioning a piece of concept art as "announcing" it.

For those who don't know, Moore was a top director during the The Simpsons early years, and was the supervising director for Futurama. Very talented guy.

Dean Wellins deserves direct an animated feature film itself. Yet it's unfair what they did to him in Rapunzel. He's the best writing intende and dark stories.

I would like "Snow Queen" directed by Wellins, of course.

I think, Joe Jump is the 2013's Disney animation in 3D. Then, "Snow Queen" for 2014 and 2D produced by Don Hahn, and finally a new 3D film by Chris Willims, for example, a ideal "Don Quixote" (2015 is the 400th Annyversary for the second Cervantes Ingenioso Hidalgo Don Quijote de la Mancha).

Other stories very important: "Fraidy Cat" for a Musker/Clements new film, "goose Chase" like a new European Fairy Tale ideal for Ken Harsha, "Ramayana" for a hindi prince/princess story, "My Peoples" for a 40's apalache folklore, "Abarat" for a epic/adventure... "Aida" for a new black heroine. "Selkies" for a iceland love story.

Disneys triumphant return to 2D animation and the next renaissance is getting shorter and shorter...

Princess and the Frog reviews are coming up. I'm surprised we haven't heard anything from Honor as of yet.

They have a great lineup over the next couple of years.


ps. I think an Indian (India) fairy tale/mythological story would be PERFECT for 2D animation. Think about it...have you seen an Indian musical?

I would guess that the unnamed Chris Buck hand-drawn film is The Snow Queen.

And I do think they are being a little bit slow about really jumping back in the deep end in terms of aggressively developing more hand-drawn movies.

It seems like a lot of nervous hand wringing and "Gee, we're not really sure if we know how to swim ... wouldn't want to get in over our heads or somethin' ..." This timid attitude is from DISNEY , the once-upon-a-time leader in animation ? ! Does Lasseter really believe his rhetoric that "it's all about the story" and "people just want to see GOOD movies" ? Well, then why so slow to put more hand-drawn movies into production ? If it's really all about story and not about the medium (i.e. "don't blame hand-drawn for the failure of bad movies like Home on the Range or Atlantis") then it would seem that they should be truly RETURNING to hand-drawn in a big way, with real confidence , not these baby steps, playing it oh-so-safe : A princess movie and a Pooh movie ? Meh ...

I'm still rooting for them and I will be first in line to get a ticket for Princess and the Frog, but I'm embarrassed of how timid the company is acting about embracing their roots.

It takes 3 to 4 years to get these off the ground and two of the first four will be hand drawn...

That's fifty percent. That's not bad. It's going to take time, but you'll see a new hand drawn film every couple years for the time being.

This is the second year in a row that we've gotten quality animated films from Disney. That's a great thing.

And the future is only going to get better...