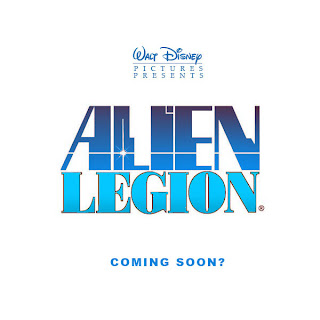 I think the Suits have been reading this blog...

Ok, ok, I'm just kidding. Don't think I've got a swelled ego and Bob Iger and John Lasseter value my opinions the way they do Steve Jobs. If they did then Jay Rasulo would have been gone a long time ago. And he wouldn't have just switched jobs. But those of you that read USAToday this morning would have seen an article with some neat little bits of info about a project I thought would have made a great live-action film for Walt Disney Pictures. And it looks like it may. May being the important word here. Remember that development of films in Hollywood moves at a glacial pace and just when you think something could get a greenlight it becomes banished to Development Hell. So, anything could happen.

If you remember reading my post: "Without Tights," I listed a series of titles that I thought the Mouse should go after and adapt in to a film since DC Comics was owned by Warner and Marvel was self financing. So I suggested several independent titles that would be great launching vehicles for Disney since it was comicless, so to speak. Well we all know what happened since then and with Disney buying Marvel I put away a "Without Tights Part Two" article that was about half way finished upon hearing this news. I mean, they've got at least five thousand characters to exploit and they don't really need to go shopping elsewhere, right?

Apparently there are still comics not owned by Marvel that they're willing to go after. Although Alien Legion was published by Marvel (through Epic Comics), it's still a creator owned title and would qualify as an independent comic book/graphic novel. But it along with several other titles I mentioned are already in active development. Many not at the Mouse and a few are languishing toward that horrible pit of fire all things written go to when Suits don't have the courage or intelligence to say "Go" to.

The article has some interesting observations, like the current writers, Derek Haas and Michael Brandt as well as the involvement of Jerry "The Bruck" Bruckheimer and the fact that it's for Disney: but nothing has been given a go. Hopefully that will change soon as this would be another great franchise for Iger and Ross to utilize over those various divisions of the Walt Disney Company.

Give it a read and maybe you will see Disney join the Legion and become a Foot Slogger in a couple years...
Posted by Honor Hunter at 2:02 PM

Ok, ok, that was a cheap shot, I'm sorry, but I couldn't resist.

Well next time Al, Jim, and David decide to respond with "we can't cause we all work for the empire" maybe everyone will now get the message that the empire can sell you off just so we don't hear that excuse again.
swelled egos and reality are two very different creatures.

I'm well aware that Al, Jim, and David have made valid points in the past, but they HAVE shown their big egos in the past. The truth hurts.

And hey, Does Al Lutz even have a real job? All he does is write for a website and lives off the donations.
He's basically getting a free ride through life.

Disney is obviously not perfect, we all know that.

But it IS possible to write reality and still have a swelled head.