Meanwhile, back in Smallville... 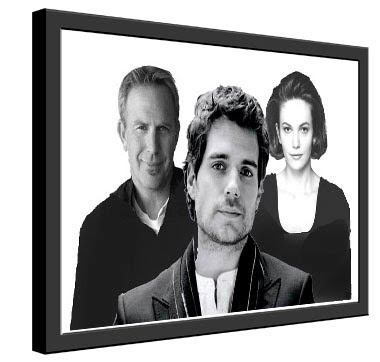 After announcing that Henry Cavill would play Clark Kent, and Diane Lane would be Martha Kent, it was confirmed today that Kevin Costner would play the only father Kal-El has ever, really known, Jonathan Kent.

I wonder which part of the Superman canon they'll follow for Zack Snyder's "Superman: Man of Steel" reboot? If they go the traditional route then Clark will be left with only his mother by the end of the film. Me? I hope they go with the John Bryne period and keep him alive so that he can always have the grounding presence of a father around. That was a change that resulted from the 80's mini-series "Man of Steel," so it would be appropriate for a film entitled the same name.

Warner Bros. Pictures and Legendary Pictures announced today that Kevin Costner will play Jonathan Kent, the father who raised Clark Kent as his own son, in the new Superman movie to be directed by Zack Snyder.

Snyder stated, “Jonathan Kent is the only father figure Clark has ever had, the man who was there to help Clark understand what he was meant to do in the world as Superman. Kevin will be able to communicate the quiet strength of this rural American man who raised the greatest super hero of all time.”

Costner will star alongside Diane Lane, who plays his wife, Martha, and the film’s star, Henry Cavill, who will play the new Clark Kent/Superman.

Costner most recently starred in 2010’s “The Company Men,” and is currently in development on the comedy “The One.” He has won two Academy Awards®, for producing and directing the epic “Dances with Wolves,” also garnering a nomination for Best Actor. He has also starred in a wide range of memorable films, including “The Untouchables,” “No Way Out,” “Bull Durham,” “Field of Dreams,” “JFK,” “The Bodyguard,” “Wyatt Earp,” “Tin Cup” and “Swing Vote,” to name a few.

Truth, justice and the American way...
Posted by Honor Hunter at 7:17 PM

Yeah, you must be really new around here.

The grounding presence of a father? Huh?

WHY do you report on this? Should you change your blog to just random geek musings?

Maybe that's what this is and the blog primarily is about his Disney geek musings.