From the creative minds of Jaws and Lost... 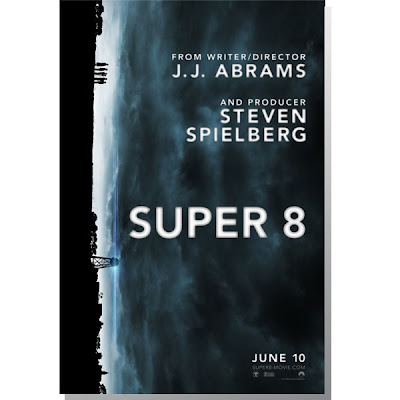 And it looks totally like something you'd find coming from Amblin Entertainment in the Eighties, only it's out now from Bad Robot. Check out the Spielbergian trailer as well as this swanky, new poster for the film. I love both, but the poster is great for the fact that it's not just some head shot of a star and the films name. The art of the poster has disappeared over the last couple of decades as the need for stars to open a film has dominated the marketing of the project. I'm glad to see this as a turn in the opposite direction. Of course, it could be said that the stars of this film are Steven Spielberg and J.J. Abrams, which would explain their names being so prominent.

This is either going to be a huge hit or a huge bomb.


I predict the former. By a mile.

That trailer reminded me in so many ways of The Goonies. :D I'm giddy to see this movie.

Honestly, the trailer doesn't tell me anything about the plot. But then again, explosions and the like are not things that attract me to a movie.