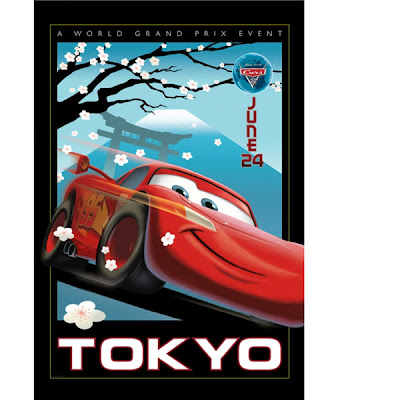 As with every project that the Lamp does, it does more than just the film...

You build the world around that film. Remember those lovely wine/food posters from "Ratatouille?" Or all the concept art that never make it into the film? A great deal of work that goes into a film from WDAS or Pixar will likely never be seen by the public, so it's refreshing when stuff like this pops up. It layers the places we enter when the lights go down in that local theater. 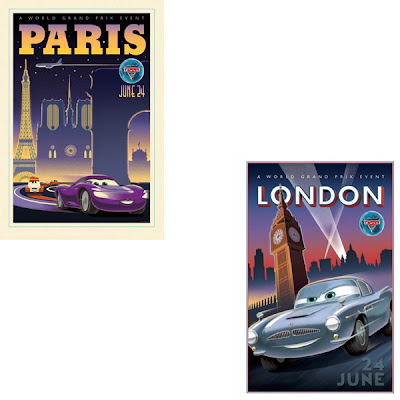 Take these lovely posters for example. Inspired by Harley Jessup and with the help of many members of the Emeryville crew, they have added depth and dimension to a world populated by engines with hearts and eyes that have wiper blades. Nice, eh? 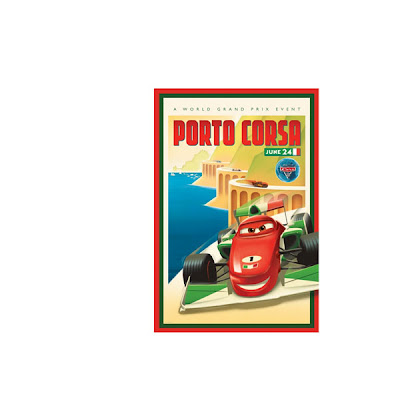 Now, if they'd only sell these in Cars Land...

Hat Tip to The Pixar Blog.
Posted by Honor Hunter at 10:44 PM

I hope these are for sale in poster size.

I have higher hopes for this movie than the original, but this looks like a total money grab on the surface.
Cars is too American with it's NASCAR theme? Let's have him race around the world and throw some James Bond in there too.
I like what they are doing but it looks like the premise was written by marketing.

any idea where they sell those ratatouille posters?