Disney Gets Back To Nature... 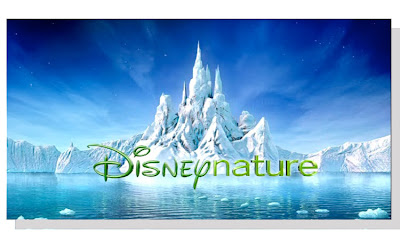 The Walt Disney Studios today announced a new label dedicated to making films/documentaries about nature and our planet:

This is an extension or modern reinterpretation of the old "True-Life Adventures" series that Walt Disney started back in 1948 with "Seal Island". I personally love this idea and think it'll be a great addition to the Disney line of films. Not to mention it will a great synergy for Disney's Animal Kingdom. Hehe... I know, I know. Had to get all corporate on you there, but it's true and this could a very entertaining, educational and financially rewarding endeavor for the Mouse and us Disney Geeks/Fans. Clink on the link to the actual website for a pretty flashy and interactive introduction to Disneynature(a spiffy example of how Web 2.0 technology should work, btw).

In the great tradition established by Walt Disney himself, Disneynature will offer spectacular entertainment about the world in which we live. The significance of the new banner goes beyond the studio, with The Walt Disney Company embracing this new initiative around the world through a number of its businesses, including publications, licensing, parks and educational outreach. Disney veteran Jean-Francois Camilleri, who has served as senior vice president and general manager for Walt Disney Studios Motion Pictures France will head the new unit. Disneynature will be based in France, where Camilleri and his team will oversee the initiation, development and acquisition of high quality feature projects.

Among the first films to be released domestically under the new label will be Earth, from award-winning British producer/director Alastair Fothergill, whose credits include the landmark Planet Earth series for the BBC and The Discovery Channel and The Blue Planet. Earth, which is produced by BBC Worldwide and Greenlight Media and co-directed by Mark Linfield, will take us on a tour of our home planet as we’ve never seen it before. It will be narrated by renowned actor James Earl Jones and will premiere theatrically on Earth Day, April 22, 2009. The film will also be released under the Disneynature banner in Latin America.

“We love balancing heritage and innovation and Disneynature is a perfect example of this. We are placing the legacy of Disney’s ‘True-Life Adventures’ in the hands of great modern filmmakers using dazzling technology,” said Robert A. Iger, president and CEO, The Walt Disney Company. “Disneynature is a concept we look forward to building across the company and across the globe for years to come. And, we hope these films will contribute to a greater understanding and appreciation of the beauty and fragility of our natural world.”

Dick Cook added, “Our goal is for Disneynature to offer event films that will appeal to everyone who is captivated by the grandeur of nature and the wonder of great filmmaking. Thanks to today’s state-of-the-art creative tools, filmmakers have an unlimited ability to tell nature’s limitless stories. These stories are as engrossing as any works of fiction and are of a scale and scope that can only be fully appreciated on a big screen. At Disneynature, the sky is truly the limit.”

"Nature invents the most beautiful stories. Our role at Disneynature will be to tell these stories with passion and enthusiasm to the largest public possible around the world,” said Camilleri. “By working with the best wildlife directors, we will offer nature as never seen before, help the audience to discover the incredible beauty of our world but also understand the challenges for the future generations."

Alastair Fothergill added, “This is especially exciting because, thanks to the wide-ranging appeal of Disney, we can expect Earth, as well as Chimpanzee and Big Cats to be seen by the broadest possible audience. Disney has been an inspiration to wildlife documentarians for generations and it’s a genuine thrill to advance this extraordinary legacy under this new label.”

Among the other Disneynature projects currently in development or production are: 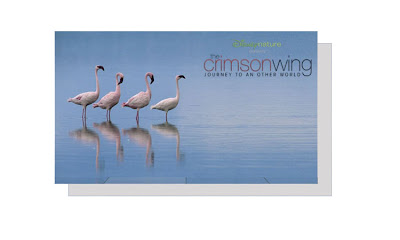 THE CRIMSON WING: Mystery of the Flamingos – Co-directed by Matthew Aeberhard and Leander Ward, and produced by Paul Webster (Kudos Pictures), this film will take viewers to the isolated shores of Lake Natron in northern Tanzania for a birds-eye view of the mysterious lives of flamingos. Worldwide roll-out begins December 2008 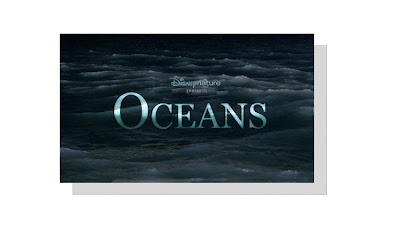 OCEANS -- Nearly three-quarters of the earth’s surface is covered by oceans. French co-directors Jacques Perrin and Jacques Cluzaud have set out to capture the full expanse of these waters that have played such a crucial and constant role in the history and sustenance of man. The deep and abundant oceans are places of great mysteries and dangers that this film will dare to explore. Domestic release 2010 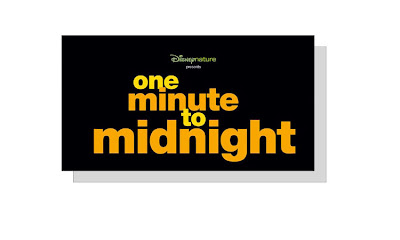 ORANGUTANS: One Minute to Midnight – Directed by Charlie Hamilton James and produced by Frédéric Fougea, this film tells the true story of a six-year-old male orangutan and his little sister, who must take an incredible journey to find a home and a family. Worldwide release 2010 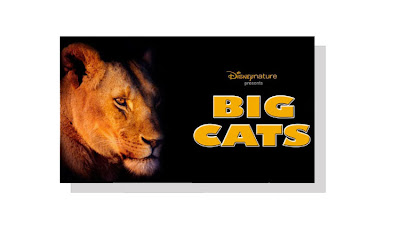 BIG CATS – Audiences will get to meet three mothers – a lioness, a leopard and a cheetah – as they explore their world on the great plains of Africa. Co-directed by Keith Scholey and Alastair Fothergill and produced by Alix Tidmarsh, this film will show how these magnificent animals survive on their power and their cunning, while they protect and teach their cubs the ways of the wild. Worldwide release 2011 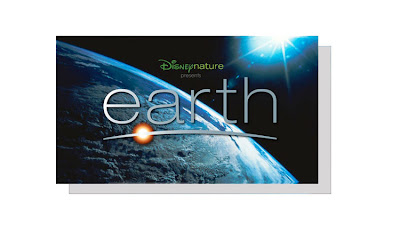 NAKED BEAUTY: A Love Story that Feeds the Earth – In this film, nature is ready for its close-up … a very close-up, as exacting macro photography takes us to the realm of flowers and their pollinators. Acclaimed filmmaker Louie Schwartzberg introduces us to a bat, a hummingbird, a butterfly and a bumblebee, demonstrating their intricate interdependence and how life on earth depends on the success of these determined, diminutive creatures. Naked Beauty is produced by Blacklight Films and Alix Tidmarsh. Worldwide release 2011 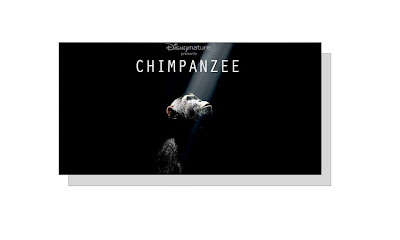 CHIMPANZEE -- Alastair Fothergill and Mark Linfield co-direct this intimate look at the world of chimpanzees, with Christophe Boesch, head of the Wild Chimpanzee Foundation, serving as principal consultant and Alix Tidmarsh as producer. To be shot over three years in the tropical jungles of the Ivory Coast and Uganda, Chimpanzee will help us better understand this exceptionally intelligent species. Worldwide release 2012
About Jean-François Camilleri:

After beginning his career working in France with Warner Bros. International, which at the time distributed Disney films overseas, Camilleri came to Los Angeles in 1990 to work for Disney’s Buena Vista International (BVI). When Disney took over its own overseas distribution, he returned to Paris to help develop BVI’s offices in Europe. He then became in 1997 Vice President and general Manager for Gaumont BVI France. In 2004, BVI opened an office dedicated solely to the French market, with Camilleri as senior vice president and general manager. In this position, he also developed local co-productions and acquisitions, including The March Of The Penguins, which became the most successful French film ever in the US and won the Academy Award for Best Documentary. He will be serving as executive vice president and general manager of Disneynature.

About the filmmakers (in order of films):

Alastair Fothergill joined the BBC’s esteemed Natural History Unit in 1983, where, among many projects, he produced films with Sir David Attenborough. He served as head of the Natural History Unit from 1992-1998, when he chose to step down to work full-time on the award-winning Blue Planet. From 2002-2006, Fothergill was series producer of the landmark Planet Earth. He has entered a multi-picture deal with Disneynature.

Mark Linfield has had a prolific career, producing and directing many award-winning films, including The Battles of Braveheart, Orangutans: The High Society, The Temple Troop and The Life of Mammals with Sir David Attenborough. His most recent work has been the multi-award award winning Capuchins: The Monkey Puzzle and two episodes of Planet Earth, including the opening show, Pole to Pole, which won several Emmys.

Matthew Aeberhard worked with famed naturalist and filmmaker Hugo van Lawick on the feature films The Leopard Son and Serengeti Symphony before helming his own films on such subjects as golden jackals and baboons for National Geographic.

Leander Ward first encountered flamingos while filming in Mexico. He was cameraman on the BBC documentary Cape Buffalo: The African Boss, where he met Matthew Aeberhard and the two began developing the film that will become The Crimson Wing.

Academy Award nominee, Jacques Perrin, is a prolific French actor, director and producer. In 1968, he produced at age 27, the landmark film, 'Z'. In 2003, he produced the acclaimed film LES CHORISTES: both films were nominated for Best Foreign Film Academy Award. He also produced two of the most important natural history films ever made: MICROCOSMOS in 1996 and THE WINGED MIGRATION in 2001 which he also directed. Both received numerous awards around the world. Since 2005, he has been producing and co-directing Oceans.

Jacques Cluzaud is one of the leading French filmmakers working with innovative new cinematic technologies. In addition to traditional productions, he has created films for such formats as IMAX, water screens and a giant wall consisting of 850 monitors. While co-directing Oceans, he is also developing new technologies for sea and underwater shooting.

Charlie Hamilton James began his career as a wildlife filmmaker at age 16, working on David Attenborough's Trails of Life. He went on to serve as a cameraman working on such prestigious BBC productions as Life of Mammals, Wildlife on One, Andes to Amazon, Big Cat Diary and Planet Earth. At 26, James produced his first film with his wife Philippa Forrester – My Halcyon River – which won numerous international awards and elicited more requests for repeats than any other film in the BBC's history.

Frédéric Fougea is a nature documentarian and producer who has received more than 100 awards, including an International Emmy Award, Best Film at the European Nature Film Festival and the Gold Medal at the New York Film Festival. Among his provocative films are The Rise of Man, A Species Odyssey, The Fabulous Adventure of Man and Animal and Yeti, The Call of the Snowman.

Keith Scholey was born in Tanzania and raised in East Africa until his teens. He has returned to Africa to make a wide range of films, including Leopard: A Darkness in the Grass, The Great Rift and Big Cat Diary. He succeeded Alastair Fothergill as head of the BBC’s Natural History Unit from 1998 until 2003, being responsible for a wide range of award-winning films, including two David Attenborough productions and The Blue Planet. He is currently the Controller of Factual Production, responsible for all the BBC’s factual productions.

Louie Schwartzberg, as a director and cinematographer, has created some of the most iconic and memorable film moments of our time. His time-lapse, nature and aerial photography has brought audiences images never captured before. He has directed award-winning documentaries for National Geographic, The Hallmark Channel, The Discovery Channel and PBS, and his work has been featured in theatrical films ranging from War of the Worlds and Crash to American Beauty and E.T. In 2004, he produced and directed the award-winning Walt Disney Pictures release, America’s Heart & Soul.

And how about that logo? When Disney gets it right, they really get it right. Obviously no suits were involved.

Who is Patrick Stewart?

Hahahahaha! Now dat's funny, I don't care who ya are.

Is there something off-brand about the way the classic Disney script is being used in the Disneynature logo? The stroke looks thinner, less bouncy. Thsi was especially apparent in the "y" which ends up with a taller, clunkier-looking loop.

Or is it just me?