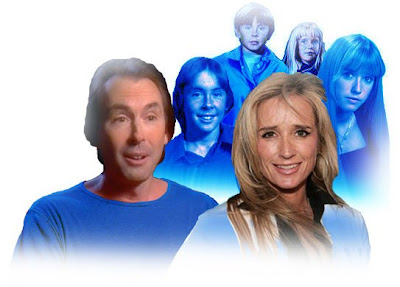 Eisenmann will play a sheriff, while Richards will portray a waitress at a roadhouse called "Ray's" in a small town named Stony Creek. They wind up helping Las Vegas cabbie(Johnson) and his two tween powered aliens to escape an evil group out to capture them and exploit their powers.

Interested in seeing what they do with this. I hope it captures the magic of the original and expands on it rather than creating something that waste such a good idea.

Developing...
Posted by Honor Hunter at 3:05 AM

I went to Jr High with Ike in the San Fernando Valley - right after he filmed the original. Wow... long ago.