A Note From The Past, A Glimpse Of The Future... 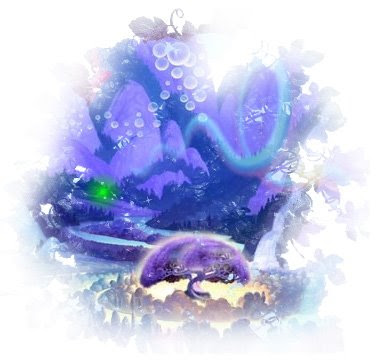 With all that was announced today, Disney has gone a long way toward revealing its roadmap for the next four years. It's an unusually aggressive line-up. WIth Four films from Walt Disney Animation Studios, Six films from Pixar Animation Studios and Four from DisneyToon Studios straight to video DVD/Blu-Rays. I've had a few people e-mail me about the films and the most asked question is: "What is this 'King of the Elves' story'?"

Philip K. Dick's "The King of the Elves" was a short story that appeared in Beyond Fantasy Fiction Magazine in September 1953 and was Dick's only real delving into the world of fantasy.

The story follows a man by the name of Shadrach Jones who lives in a small desolate town in the South. One night, a group of tired and weary Elves seek shelter from the rain for themselves and their ailing King. Shadrach is doubtful at first, but finally lets them into his home. They put the sickly King in Shadrach's bed hoping he will get better. Sadly, the King dies in bed and the Elves need a king. They convince Shadrach to be their king. At first he refuses, until they convince him of the need for a king in their battle with the Trolls.

Shadrach's neighbor, Phineas Judd tries to convince him that he's going insane. As the story unfolds, it is revealed that Phineas is indeed the evil Great Troll. Shadrach leads the Elves in battle against the Great Troll and his gathering. Once the Trolls were defeated in battle, Shadrach abandon's the Throne and goes back to his world, the real world.

Totally a PKD story where illusion and fantasy collide with a world that is real and the questions about what is perceived versus what is authentic. I'm sure Lasseter and the Story Trust will find the heart of the story and preserve what was best about Dick's story while molding it into something attainable to a modern audience. Just as Disney took the heart of "The Little Mermaid" and turned it into a Disney classic, it looks like this could become one as well...

It's way off, but it bears the striking quality that I've seen in brief glimpses we've gotten from "Rapunzel"...

Something to look forward to as the Mouse puts Disney fans under an animation version of Chinese water torture with each piece of artwork that it lets drip from inside Lasseter's little animation kingdom.
Posted by Honor Hunter at 5:48 AM

This is the movie I'm looking forward to after Rapunzel. It sounds classic and edgy all in one. Thanks Honor.