Someday Their Prince Will Come... 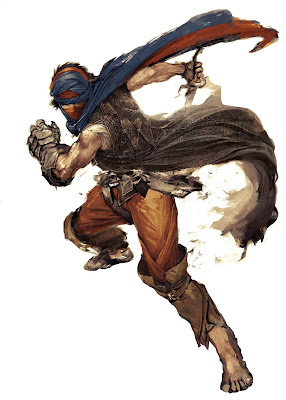 There's been a lot of focus on trying to find the lead Prince for Disney's big action adventurer "Prince of Persia"... They've apparently had an offer out to Orlando Bloom, that didn't go anywhere...

Now, according to Latino Review the part is being offered to Jake Gyllenhaal, whom I consider a good actor, but I really never pictured him for the part. I've always been on record as saying that Adrian Grenier from Entourage would be the perfect choice. He's easy on the eyes for the ladies, he can act and he looks the part from the way the character is described.

The Mouse and Bruckheimer have to find an actor soon if the massive production is to keep its shooting schedule so that it can meet the film's release date.

Adrian Grenier can't act his way out of a paper bag and he's the least attractive of the Entourage bunch to me...

Jake has big blue eyes and dark good looks, so he could carry off the Persian look. He's also strong, athletic and definitely can act beautifully.

Why not use someone of middle eastern descent? It's a Prince of Persia after all?

"Why not use someone of middle eastern descent? It's a Prince of Persia after all?"

They would need to be very careful with that one. Arabs are not Persians.

And there are no really famous Persian actors in America. I'm talking major box office draw here. They're looking for someone that can do the part. You know, ACT.