Go South Of The Border Tomorrow... 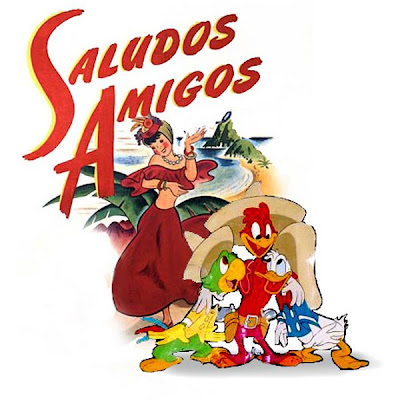 If you happen to be in the Bay Area(no, I don't mean in DCA) tomorrow, you might want to attend the San Francisco Film Festival...

“Walt & El Grupo” is premiering at the Festival. It will be screened at 1:15 p.m. Saturday, April 26, at 6 p.m. Monday, April 28 (with an extended Q&A) and at 12:30 p.m. Wednesday, April 30 at the Kabuki Theater in San Francisco. Additional film festival screenings are planned in the weeks and months ahead in Seattle and other cities both stateside and abroad.

The documentary, directed by Ted Thomas(yes, son of Frank Thomas and director of the wonderful "Frank and Ollie" documentary) follows Walt Disney and Lillian Disney along with sixteen colleagues for 10 weeks in 1941 as they visited several Latin American nations to gather story material for a series of short films with South American themes.

Many of these experiences would be woven into the classic Disney films “Saludos Amigos” and “The Three Caballeros.”

So if you love history, love film and love Disney then see about attending one of these showings...
Posted by Honor Hunter at 7:58 PM

Don't forget he also went to South America to get away from the strike at the studio. He got fed up with the drama and left Gunther Lessing and others to solve the strike for him.