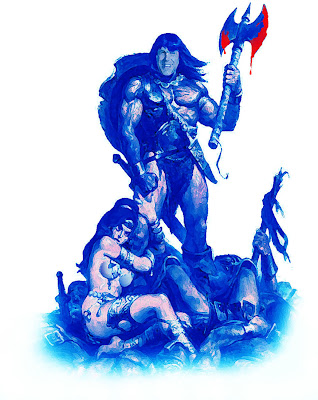 Today it was announced in the New York Times business section that Michael Eisner has informed the Walt Disney Company Board of Directors that his investment group "The Tornante Company" intends to make an offer for controlling interest of the Walt Disney Company. Variety and the Hollywood Reporter are apparently preparing articles for tomorrow's edition since the news was revealed too late for publication in today's copy. Bob Iger is quoted as saying he was "stunned to hear Michael make such an announcement" and "the Walt Disney Company would be able to retain control of operations believing that shareholders would reject such an offer." Hollywood insiders are surprised that Eisner would make a play for the Mouse. "It appears he holds a grudge with the Board for having been forced out." said one Hollywood source. "Clearly, Michael felt embarrassed when the Board removed him as CEO and Michael never forgets who crosses him." Several sources are offering up varied opinions when it comes to the ability of Eisner's company coming up with the large amount of cash needed to wrest control of the daily operations of Disney. However several sources are stating that Eisner and Tornante have been secretly working over the past two years lining up a series of mysterious billionaire clients and at least one European conglomerate with his eyes set on returning to power and forcing the resignations of those on the Board. "Putting Steve Jobs on the Board was a big mistake for Iger to do" said a close Tornante Executive, "Michael hates that guy, if they wanted to start a war with him they've done it and this is Michael's first shot back." When asked for comments, several key employees at Tornante were suspiciously quite, referring question to their publicist, whom had yet to return calls to the Times. Blue Sky Disney has been in touch with several Disney sources and is awaiting confirmation from several of our contacts before addressing these shocking events. Wait, this just in...

Not funny. You about gave me a heart attack there.

Oh my God, you got me! My heart was hammering!

haha that was seriously good. got me.

Best April Fools' Joke In A Long time. Great JOB. I believed you.

Is that Eisner as Conan? Seriously funny! Kind of like Barbarians at the Gate kind of?

Good job pulling the wool over our eyes, Honor!

Be careful with you pranks....you don't want to give him any ideas!

My computer froze-up before I got to the end of the "article"...Panicked, I called my broker and sold all of my Disney stock!

My computer's working again...and I just finished your "post"...oops!

Great april fools, Honor, you got me! really!

April Fool's Day is the most annoying day of the year.
No one is safe!
Plus, it can be annoying since with every Internet prank, there are always a bunch of slow people who just don't get the point that its just a prank.
I expected this from Blue Sky Disney. So I wasen't fooled. Still, nice fake story! ;)

Remeber folks, on April 1st, you can NEVER be too careful.