In Memorium: The Last Of The Nine... 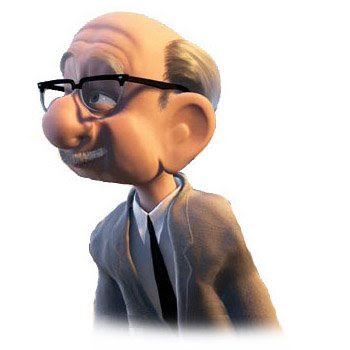 I can't believe it, but the day has come when all nine are gone. All of Walt Disney's Nine Old Men have now gone to join the Old Maestro in the heavens.

Ollie Johnston passed away today at the tender young age of 95. Not only was he an amazingly talented artist, he was one heck of a nice human being. A role model and someone animation lovers would look up to as a hero. A true loss for Disney and animation in general. Words truly escape me right now. I have so much I'd like to say, but really don't feel right going on and on about this man... this Legend. Sigh.

The sky will very blank tonight. When a star this bright burns out it will be very, very noticeable...

My thoughts and prayers go out to his friends and family.

Here is the Walt Disney Company's official press release for the passing of Ollie Johnston:


Ollie Johnston, one of the greatest animators/directing animators in animation history and the last surviving member of Walt Disney’s elite group of animation pioneers known affectionately as the Nine Old Men, passed away from natural causes at a long term care facility in Sequim, Washington on Monday April 14th. He was 95 years old. During his stellar 43-year career at The Walt Disney Studios, he contributed inspired animation and direction to such classic films as Snow White And The Seven Dwarfs, Pinocchio, Fantasia, Song Of The South, Cinderella, Alice In Wonderland, Peter Pan, Lady And The Tramp, Sleeping Beauty, Sword In The Stone, Mary Poppins, The Jungle Book, Robin Hood, The Rescuers, and The Fox And The Hound.

In addition to his achievements as an animator and directing animator, Johnston (in collaboration with his lifelong friend and colleague Frank Thomas) authored four landmark books: Disney Animation: The Illusion Of Life, Too Funny For Words, Bambi: The Story And The Film, and The Disney Villain. Johnston and Thomas were also the title subjects of a heartfelt 1995 feature-length documentary entitled Frank And Ollie, written and directed by Frank’s son, Theodore (Ted) Thomas. In November 2005, Johnston became the first animator to be honored with the National Medal of Arts at a White House ceremony.

Behind every great animated character is a great animator and in the case of some of Disney’s best-loved creations, it was Johnston who served as the actor with the pencil. Some examples include Thumper’s riotous recitation (in Bambi) about “eating greens” or Pinocchio’s nose growing as he lies to the Blue Fairy, and the musical antics of Mowgli and Baloo as they sang The Bear Necessities in The Jungle Book. Johnston had his hand in all of these and worked on such other favorites as Brer Rabbit, Mr. Smee, the fairies in Sleeping Beauty, the centaurettes in Fantasia, Prince John and Sir Hiss (Robin Hood), Orville the albatross (The Rescuers), and more than a few of the One Hundred And One Dalmatians.

Roy E. Disney, director emeritus and consultant for The Walt Disney Company, said, “Ollie was part of an amazing generation of artists, one of the real pioneers of our art, one of the major participants in the blossoming of animation into the art form we know today. One of Ollie’s strongest beliefs was that his characters should think first, then act…and they all did. He brought warmth and wit and sly humor and a wonderful gentleness to every character he animated. He brought all those same qualities to his life, and to all of our lives who knew him. We will miss him greatly, but we were all enormously enriched by him.”

John Lasseter, chief creative officer for Walt Disney and Pixar Animation Studios and a longtime friend to Johnston, added, “Ollie had such a huge heart and it came through in all of his animation, which is why his work is some of the best ever done. Aside from being one of the greatest animators of all time, he and Frank (Thomas) were so incredibly giving and spent so much time creating the bible of animation – Disney Animation: The Illusion Of Life – which has had such a huge impact on so many animators over the years. Ollie was a great teacher and mentor to all of us. His door at the Studio was always open to young animators, and I can’t imagine what animation would be like today without him passing on all of the knowledge and principles that the ‘nine old men’ and Walt Disney developed. He taught me to always be aware of what a character is thinking, and we continue to make sure that every character we create at Pixar and Disney has a thought process and emotion that makes them come alive.”

Glen Keane, one of Disney’s top supervising animators and director of the upcoming feature Rapunzel, observed, “Ollie Johnston was the kind of teacher who made you believe in yourself through his genuine encouragement and patient guidance. He carried the torch of Disney animation and passed it on to another generation. May his torch continue to be passed on for generations to come.”

Andreas Deja, another of today’s most acclaimed and influential animators paid tribute to his friend and mentor in this way, “I always thought that Ollie Johnston so immersed himself into the characters he animated, that whenever you watched Bambi, Pinocchio, Smee or Rufus the cat, you saw Ollie on the screen. His kind and humorous personality came through in every scene he animated. I will never forget my many stimulating conversations with him over the years, his words of wisdom and encouragement. ‘Don’t animate drawings, animate feelings,’ he would say. What fantastic and important advice! He was one of the most influential artists of the 20th century, and it was an honor and joy to have known him.”

John Canemaker, Academy Award-winning animator/director, and author of the book, Walt Disney’s Nine Old Men & The Art Of Animation, noted, “”Ollie Johnston believed in the emotional power of having ‘two pencil drawings touch each other.’ His drawings had a big emotional impact on audiences, that’s for sure - when Mowgli and Baloo hug in The Jungle Book; when Pongo gives his mate Perdita a comforting lick in One Hundred And One Dalmatians; when an elderly cat rubs against an orphan girl in The Rescuers - Ollie Johnston, one of the greatest animators who ever lived, deeply touched our hearts.”

Born in Palo Alto, California on October 31, 1912, Johnston attended grammar school at the Stanford University campus where his father taught as a professor of the romance languages. His artistic abilities became increasingly evident while attending Palo Alto High School and later as an art major at Stanford University. During his senior year in college, Johnston came to Los Angeles to study under Pruett Carter at the Chouinard Art Institute. It was during this time that he was approached by Disney and, after only one week of training, joined the fledgling studio in 1935. The young artist immediately became captivated by the Disney spirit and discovered that he could uniquely express himself through this new art form.

At Disney, Johnston’s first assignment was as an in-betweener on the cartoon short Mickey’s Garden. The following year, he was promoted to apprentice animator, where he worked under Fred Moore on such cartoon shorts as Pluto’s Judgement Day and Mickey’s Rival. Johnston got his first crack at animating on a feature film with Snow White and the Seven Dwarfs. Following that, he worked on Pinocchio and virtually every one of Disney’s animated classics that followed. One of his proudest accomplishments was on the 1942 feature Bambi, which pushed the art form to new heights in portraying animal realism. Johnston was one of four supervising animators to work on that film.

For his next feature assignment, Song of the South (1946), Johnston became a directing animator and served in that capacity on nearly every film that followed. After completing some early animation and character development on The Fox and the Hound, the veteran animator officially retired in January 1978, to devote full time to writing, lecturing and consulting. His first book, Disney Animation: The Illusion Of Life, written with Frank Thomas, was published in 1981 and ranks as the definitive tome on the Disney approach to entertainment and animation. In 1987, his second book, Too Funny For Words, was published and offered additional insights into the studio’s unique style of visual humor. A detailed visual and anecdotal account of the making of Bambi, Walt Disney’s Bambi: The Story And The Film, the third collaboration for Thomas and Johnston, was published in 1990. The Disney Villains, a fascinating inside look at the characters audiences love to hate, was written by the duo in 1993.

In addition to being one of the foremost animators in Disney history, Johnston was also considered one of the world’s leading train enthusiasts. The backyard of his home in Flintridge, California, boasted one of the finest hand-built miniature railroads. Even more impressive was the full-size antique locomotive he ran for many years at his former vacation home in Julian, near San Diego. Johnston had a final opportunity to ride his train at a special ceremony held in his honor at Disneyland in May 2005.

The pioneering animator was honored by the Studio in 1989 with a Disney Legends Award. In 2003, the Academy of Motion Pictures Arts and Sciences held a special tribute to him (and Frank Thomas), Frank And Ollie: Drawn Together, in Beverly Hills. Johnston and Thomas were lovingly caricatured, and even provided the voices, in two animated features directed by Brad Bird, The Iron Giant, and Disney/Pixar’s The Incredibles.

It's truly an end of an era. Hopefully, Disney/Pixar animation is on track, and they will continue the tradition...