It's All About Family Films, Dude... 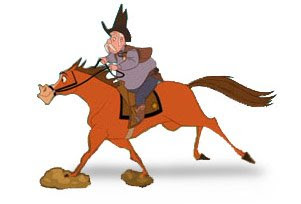 Walt Disney Pictures has acquired the spec script "Family Dude," in a preemptive strike from scribes Steven Gary Banks and Claudia Graziosi("Are We There Yet?"... I know, I know). It is described as a comedy. The story follows an uptight, successful finance Suit who gets his neighbor, a lovely single mother with three kids, to go with him to a Montana dude ranch and pretend they are a family so he can close a financial deal. Walt Becker will produce through his Walt Becker Prods. shingle. The Mouse plans on putting the production on the fast track in the hopes that it can avoid the coming SAG strike.
Posted by Honor Hunter at 5:58 AM