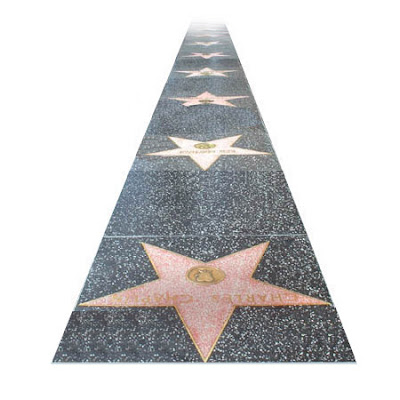 
Michael Eisner got his star on the Hollywood Walk of Fame Yesterday.

I don't think anything else needs to be said... but I'll say it anyway. He does deserve it for taking the Mouse from where it was to where he left it in 1995 or so... of course, he then deserves to have it taken away for what he did the remaining ten years.
Posted by Honor Hunter at 6:32 AM

You must have been at the event in LA for the Dark Knight ARG yesterday or something. :D

I immediately was compelled to count those. :P

But I saw the trailer a few days ago. Haven't written about it since the blog doesn't really talk that much about things outside the Mouse Universe. Although I've stretched what it is I define as Disney related, I haven't gone that far yet.

But I did get to use that cool line in reference to something Disney,eh?