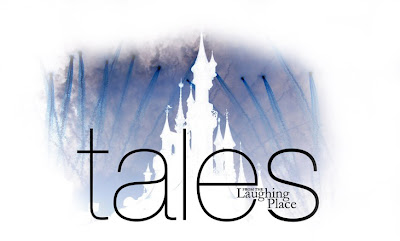 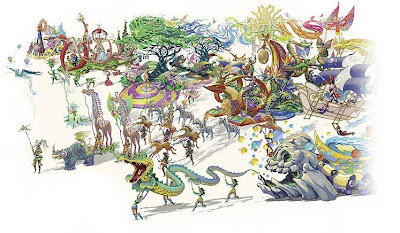 Those of you that have never read a copy of Tales from the Laughing Place should really take a look at the latest issue. It's filled with some really nice stuff a Disney Geek/Fan will just go giddy over:

- A timely interview with Joe Rohde, Imagineering Czar of DAK about the development of Disney’s Animal Kingdom.

- An interview with DCE's Steven Davison about the 25th anniversary parade of Tokyo Disneyland: "Jubilation!" with artwork found nowhere else.

And much, much more. Go over and have a looksie... if you're a Mouse Lover like myself, it's an issue you'll really gotta have...
Posted by Honor Hunter at 10:01 AM

Sounds great. How much is it?

If you had even looked at the site, you would have seen the "Purchase Tales" link and would have seen that an individual issue is $9.00 or an annual subscription is $36.00. It bugs the heck out of me when people ask questions on blogs without doing any research at all, first. Sorry about the strong language - just a pet peeve.
And it does sound great.

You can purchase via the website which links to Laughingplace.com Store. They have all of the back issues too from Issue 2.