Could Dreamworks Be Moving To The Mouse House? 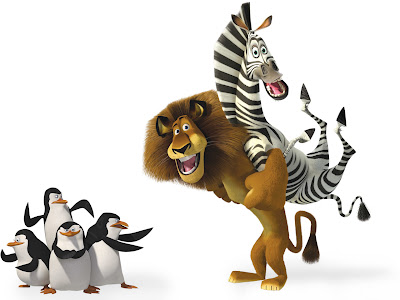 Interesting times we live in.

With Steven Spielberg's unhappiness over his deal with Paramount, it appears that Dreamworks SKG could end up not being part of the family very much longer. Even though Paramount paid over a billion dollars for rights to the company and its library there just happens to be an escape clause for Spielberg and Geffen that could be used as early as next year. Jeffrey Katzenberg has a separate deal with the company as Dreamworks Animation is actually a separate company.

Dreamworks has already lined up 500 million in cash for a new slate of films and is currently pursuing an equal amount so that it has a billion dollar fund that can support a production of four to six films a year.

So how does the Walt Disney Company fit into this? Well, Dreamworks needs a distributor. As of right now, Universal is in the lead to be the company that winds up with that deal and 20th Century Fox is apparently a close second... but the Mouse is also in play. I consider it a long shot, but with the new management under Iger and company it has a chance of securing the deal. It could happen, but it's not the most likely option. After all, who would have thought we'd be seeing a Star Wars film released through Warner Brothers?

Now you would wonder how Dreamworks could be free of Paramount after being bought for so much money? Or will they have to come up with a new name? Well, Spielberg, Geffen and Katzenber are nothing if not very smart businessmen. The name Dreamworks isn't actually owned by Dreamworks. It isn't owned by Paramount. It's owned by Jeffrey Katzenberg through his Dreamworks Animation company. The Animation company that has brought us "Shrek, "Madagascar" and the new "Kung Fu Panda" isn't owned by Paramount and should the other studio founders bolt, could lend or sale the name to the new company thus allowing Dreamworks to continue anew.

Under this scenario future films by Spielberg could be carried under the Disney or Touchstone banner and we might possibly see "Kung Fu Panda 2" released as a partner to Walt Disney Animation Studios. What a strange set of coincidences that would be, eh?

Now will it happen? Doubtful, as I already said... but the fact that there is a possibility of Katzenberg working tangentially with his old employer shows how you can never say never. Iger has a chance to land these big shots in neverland... as the new Disney Fairies line say: Believing is only the beginning. 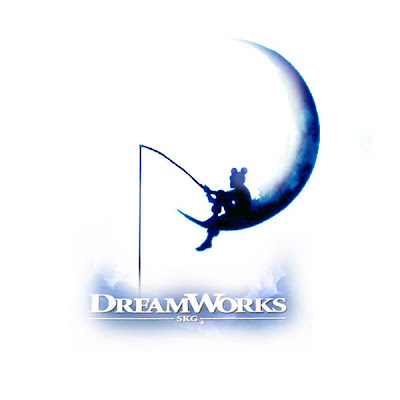 Spielberg is sadly past his prime, opting to make either "fun" movies that don't meet the watcher's expectations (Indiana Jones/War of the Worlds)or serious, conscientious films that most people won't appreciate (Munich), even if they are good films.

Katzenberg's story sensibilities are terrible, full of pop-culture references that don't hold up and still influence Disney's animation output to this day.

And David Geffen? Who? Yeah, exactly -- a man who's been essentially marginalized and irrelevant since Dreamworks started doing business.

The only reason that I would ever like to see Disney have anything to do with Dreamworks would be to buy them outright and shut them down.

Although I've not been a fan of DW's animation I do love Kung Fu Panda. It's a great film. Probably the first to come out of their animation company.

I'm not sure how you came up with the second to last paragraph. I don't see how Spielberg would release a movie under the Touchstone banner, and Kung Fu Panda 2 would not be released as a partner to WDAS.

Spielberg would continue making movies under the Dreamworks name which he purchases or leases from Dreamworks Animation. These movies would be distributed by Disney, but Disney would have no creative control since Spielberg and Geffen are trying to raise the funds from independent investors to fully fund their movies.

Either of these are pretty moot anyway since Iger is probably not going to pursue a distribution deal with Dreamworks after laying off 20% of Walt Disney Studios to reduce their slate of films and concentrate on Disney branded movies.

"Spielberg is sadly past his prime, opting to make either "fun" movies"

I think deep down the only reason he made Indiana Jones 4 was to show these younger guys with their Spider-Mans and Iron Mans that he could still bring in a few hundred million dollars too. And he did.

I think he's got a few more tricks up his sleeve. In fact Spielberg produced an awesome video game for the Wii that was recently released called Boom Blox. It was well reviewed but was a massive flop due to poor marketing and being overshadowed by higher profile titles.

I would love to see a Spielberg movie under the Disney banner.... But NOT A DREAMWORKS ANIMATION MOVIE!!! Disney doesn't need Katzenberg... He had his time at Disney and he screwed up everything..

I have a hard time picturing Lasseter working with Dreamworks Animation if Katzenberg is still there, even if it is only distribution.