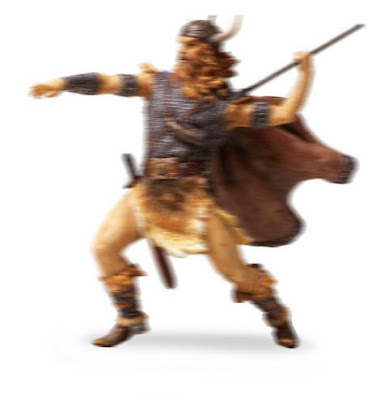 We haven't done one of these in a long while, so I guess it's about time to explore some more of what the Mouse left behind.

Where The Money Is

Walt Disney Pictures and Scott Free Productions(as in Ridley and Tony) purchased this spec from screenwriter Max E. Frye for 375,000 versus a cool million right before 1996. The story was a spy thriller that's a dark comedy about a bored young nurse who discovers a retired bank robber living in her nursing home. As they become friends, she persuades him to rob a bank to put some thrills into his life and her own.

A contemporary adventure with elements of fantasy about a group of explorers searching for the locations discovery of the birth of humanity. Ronnie Christensen's script was bought by the Mouse for $400,000 versus $750,000 in the middle of 1995 and hasn't been found since...

The most rotten family in America moves into a small town and causes trouble deliberately. Their son becomes a huge disappointment when he becomes an upstanding citizen. Gee, I really don't know why this one failed to make it though... Uh hmm. The comedy, written by Dan Mazur and David Tausik was fetched for $ 150,000 versus $225,000 in early 1996.

Two guys that continually watch 1970's cop shows get jobs working for the Los Angeles postal police after trying for seven years to get into the LAPD and failing the entrance exam. As postal cops, hilarity ensues... Frank Antonelli and Jeffrey Berman's screenplay was picked up by the Mouse and Wind Dancer Films for a low six figure versus a high six figure price that was not disclosed in late 1997.

A script about a CEO(who happens to be female) that starts to date a very low ranking employee to stop him from blowing the whistle on the company and naturally, she falls in love with him. Riiiiight. Only in Hollywood do fairy tales like this happen... still it could turn out to be a clever script. It does happen. This romantic comedy script by Andy Marx and Tony Peyser was bought by Disney for a low six figure in early 1998 and well, I don't think much has happened since.

A story set in the Dark Ages that follows a group of Vikings. It involves sword and sorcery with the Norsemen winding up in uncharted territory. Gavin Scott(Small Soldiers) sold this as spec script for a mid six figure versus a million dollars. Lisa Henson was in charge of developing the project. I don't know if the script was any good, but I always love a script that has Vikings in it...

Tricks Of The Trade

Four brash business school graduates who can't find employment, team up with the mob to help their business affairs. Accidentally, the grads put the bad guys on the internet, and as I say... hilarity ensues. Rich Taylor and Jeffrey Goldberg wrote the script which Jerry Bruckheimer picked up for the Mouse in late 2000.

A High seas adventure of the infamous pirate, who began his sea-life as a merchant marine in the 1600's. After being mistreated, he took to a life of crime but was a hero to many of his subordinates, treating them fairly and giving them an honest split of the booty he stole. This script by David Weisberg and Douglas Cook was bought for close to a million for Ridley Scott and Jerry Bruckheimer to produces as a co-production between Jerry Bruckheimer Films and Scott Free Films in 2000. Ridley was tapped to direct and Jerry would produce. Of all the projects in this post, the one I would have loved to have seen gotten made was this one.

A tale about a romance between a small town Wisconsin sheriff and the theoretical physicist whose team has built a particle accelerator beneath the unsuspecting town. Nothing like science to make you fall in love, eh? John Kamps and David Koepp(Indy 4, Jurassic Park, ect.) sold this script for 2.5 million versus 3 million in early 2001. Disney made a preemptive strike, purchasing this with Koepp attached to direct. What's happened lately? Nothing. Nada...
Posted by Honor Hunter at 12:22 AM

Man this list looks bad. Who approves these things? Thankfully, these didn't see the light of day.

I have to laugh about the "Postal Police" idea. Every time I go on to the USPS website to track a package, I see the graphic on the bottom that reads "Postal Inspectors: Preserving The Trust," and I imagine some sort of cheesy cop show.