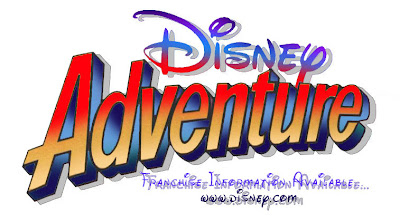 The Mouse has bought the pitch "Hexum" from screenwriter David Arata in a deal is worth seven figures. The story is an action-thriller in the "National Treasure" vein involving a character dealing with a worst-case scenario while working for the government.

The film will be produced by Sean Bailey through his production company Idealogy which is based on Disney's Burbank lot. The idea is to make this a franchise if successful...

Idealogy is working on several projects right now including Marcus Sakey's novel, "The Blade Itself", "Liberty" and a remake/sequel you may have heard of called "Tron".
Posted by Honor Hunter at 4:44 AM

IJ4 was in the vein of National Treasure, too!
Sounds good, and the rest of their projects, also.
Really look forward to what someone would do to follow up on Tron, especially in the way of technology and a storyline that today's audience relates to compared to what it was back then.

Speaking of franchise, when might their be another Lara Croft movie on the way?

I was not a fan of that series. I got the same feeling watching it that I did watching Indy 4.

A soulless homage to "Raiders".

The drop shadow underneath "Franchise Information Available" makes it nearly impossible to read what it says.

Yeah, I noticed that a little later...

Or maybe you intended for us to have to look more closely at your art, Honor? Perhaps putting in a few hidden mickeys?