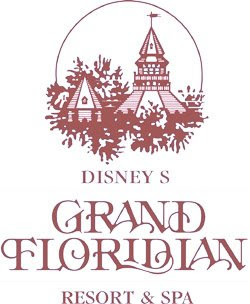 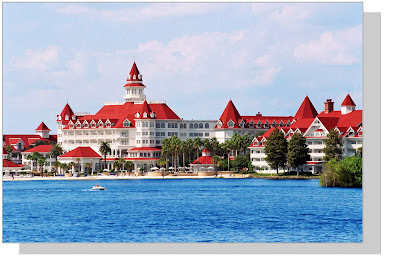 Twenty years ago today Disney's Grand Floridian Resort opened in Walt Disney World. It would mark the beginning of a huge hotel expansion over the next decade and a half... The luxury hotel is themed after a turn-of-the-century coastal Victorian resort. Although WDW has no moniker hotel(read:Disneyland Hotel) like all the other Disneylands, the Floridian is essentially the "Walt Disney World Hotel" without having that name.
Posted by Honor Hunter at 9:07 AM

I wish the Disneyland Hotel in Anaheim looked even half like that. The Floridian is lovely. The one at Disneyland is a horribly ugly collection of concrete boxes.

I respectfully disagree that the Grand Floridian be construed as the "Walt Disney World Hotel." True, it is certainly the most luxurious, considered by Disney to be WDW's flagship resort, and in line with the Victorian theming of the international marquee hotels. However, the Contemporary is more attached to WDW's history, more representative of WDW's goals and values, much more iconic, and most importantly, much more easily recognizable as being at Walt Disney World, arguably the most recognizable hotel there. The average person could look at the Grand Floridian and easily confuse it for the Hotel del Coronado in San Diego, or any of the global Disneyland Hotels, had they the right exposure to them. The Contemporary has those proud Guests that boast that they stayed there opening year 1971, the proud locals who boast that their fathers helped build it, and the sentimental value gained over almost 37 years of excellent service. In those respects, the Contemporary is the true "Walt Disney World Hotel."

P.S. to anonymous- I wouldn't trade that ugly collection of concrete boxes for anything in the world, especially not another cookie cutter Victorian-themed hotel, pretty as they are.