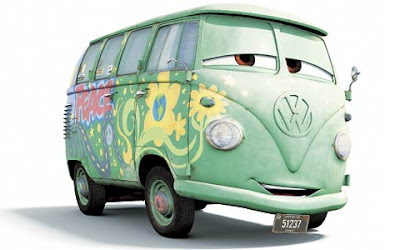 George Carlin, one of the greatest stand-up comics of the last century passed away yesterday from heart failure. He entered the hospital earlier in the day complaining of not feeling well...

I used to listen to his comedy albums with my friends in high school. Many a night, we would set around the tube watching his comedy specials on HBO, laughing and shaking our heads how perceptive he was. He was a very, very funny man. A esoteric man who was actually quite shy when not on the stage.

He played Fillmore in Disney-Pixar's "Cars" in 2006 and delivered an innocent and sweet portrayal of a character whose generation had left him behind.

But George Carlin will not be forgotten...
Posted by Honor Hunter at 2:20 AM