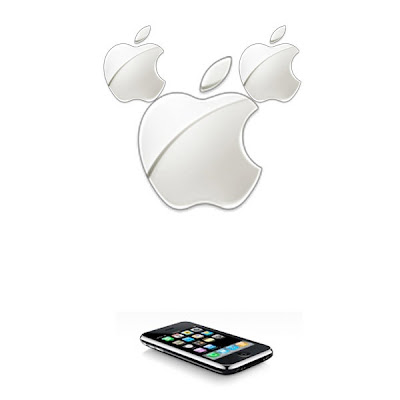 We know that the Mouse is working with Verizon on a version of this, but what about the most obvious device to enhance your trip to a Disney Park?

I've heard rumblings that Iger wants to involve Apple more in the experience. A few birdies have even talked about a small development team inside the little techie corp's sprawling headquarters in Cupertino, but no confirmation yet. Jobs is known to stress his opinion very strongly inside those Mouse Boardroom Meetings VERY STRONGLY...

Were this something he's not been privy to knowing ahead of time, I'd love to be a fly-on-the-wall during that next meeting. I'd wager that's not the case. I don't think Iger wants Shareholders to be totally beholden to one technology company(read: Apple), but it also wants to move within that successful environment(read: the iPhone ecosphere).

Some critics have wondered aloud if this new technology was simply a gimmick/way to increase revenue with ads placed strategically throughout the software, but the WDI Imagineers responsible for the project said that wouldn't be the case and that the whole process is being designed to enhance the guest's experience.

Next year is going to interesting for the Fruit and the Mouse...

Particularly January.
Posted by Honor Hunter at 8:06 AM

The web site Touring Plans had a post a while back that indicated they were working on a program to help during WDW visits. I use my iPhone a lot at the park looking up restaurants or other information on the sites I have bookmarked. A program with all that information in a single location would be great. If only I were a programmer:-)

Next time you folks check out the Blue Sky Cellar, take a closer look at the people in those conceptual drawings...

Yep, they're all using iPhones.

If the actual experience of visiting Disneyland wasn't so diluted these days, you wouldn't need an ipod to enhance it.

Here's a pic I took last time I went: