A Too-Casual Acquaintance With The Written Word... 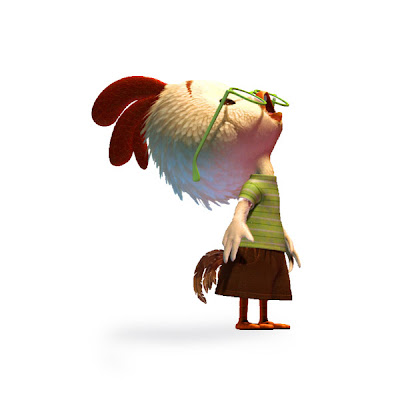 Chicken Little was released on that day. The culmination of years of Disney's talent being twisted into a creature of mimic, trying to capture the look and success of a company without having to import its soul. This film was a textbook example of Suit meddling. Even to the point where at one time during story development, the main character even changed sex. Back and forth, back and forth the story went. The notes, oh, the notes. The clucking of Suits without a creative bone in their bodies. And after all that...

It didn't do too bad. It didn't do great, but it was a modest hit. Which, considering the mediocrity of its story was a Herculean effort, I must admit. If you want to see what a real CG film made by Disney can be then go out November 21st and see what the Mouse is capable of. Don't blame the many, talented artist that work in the Hat Building...

Blame the management that's no longer there. When John Lasseter was hired a year after this mess came out, they were uttering what Chicken Little said: 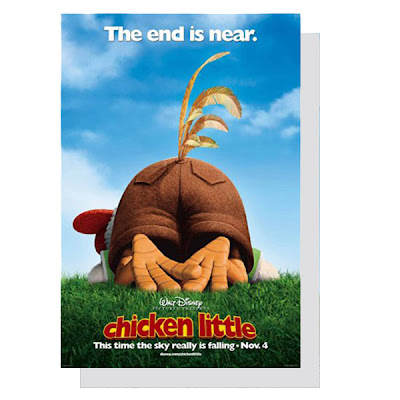 Yes, I agree. No offense to anyone who liked the movie. But I think Chicken Little was a mess. When I first saw it, I felt it was just pretty bad, but now in retrospect, it was an awful mess.
They created a very bizarre universe in that film, the character design was pretty bad, including Runt of the litter, who was way too big. From a technical stand point, I imagine that a character with tiny limbs and a huge body is probably not very easy to animate.
And as for character development? They really cheated with Foxy Loxy, who had one of the most bizarre character archs at the end that I have ever seen.

But that's enough of that, its in the past, and now the future is looking bright.
I'm really looking forward to Bolt!

does anyone know where to find som (early) artwork from Chicken Little?

lI think that Jim Hill wrote an article about Chicken Little with some early concept designs (ingcluding the one with a female lead character).

When Disney was releasing their CGI crapfests I think I was watching Spirited Away.

The worst part was knowing that part of the box office gross went to The Walt Disney Co.