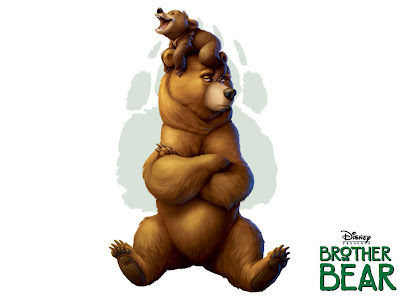 On this date five years ago...

Walt Disney Feature Animation's 43rd Animated Feature, "Brother Bear" opened up across America. Although I don't like the story as much as some, the animation is top notch. And the ad campaign for it was pretty good too... 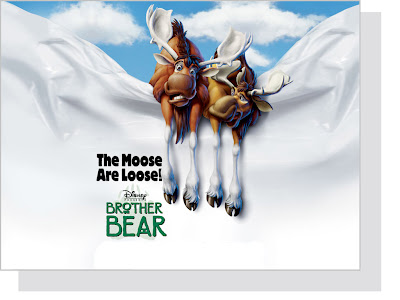 This was the last production to be completed primarily by the Florida division of WDFA, now WDAS. They produced some beautiful work and had the luxury of not having as much Studio(read: Suit) interference, as they were all the way across fly-over country. Sadly, the disappointing box office was another nail/excuse in the coffin of "Hand drawn animation is dead"... Next year it lives again! Make sure you go see that one if you want to see more hand drawn, btw. 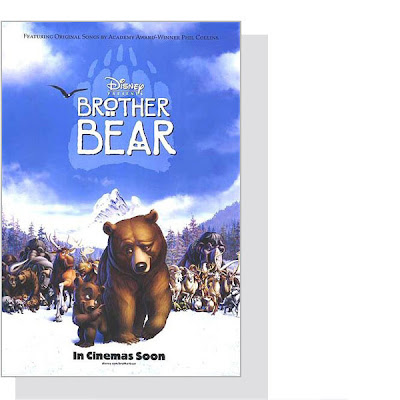 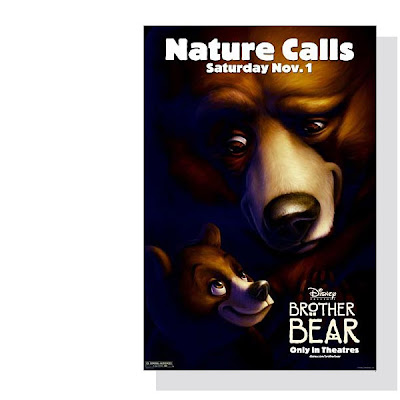 Oh, and it you want to see something interesting, the next time you watch Brother Bear, be very observant when you see the main character transform into a bear. That mountain in the background should look very familiar to those that have been to Disney's California Adventure. It's Grizzly Mountain from the Golden State. 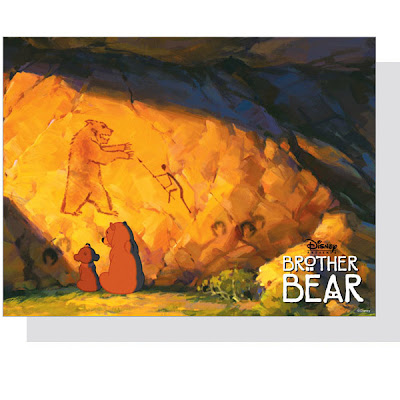 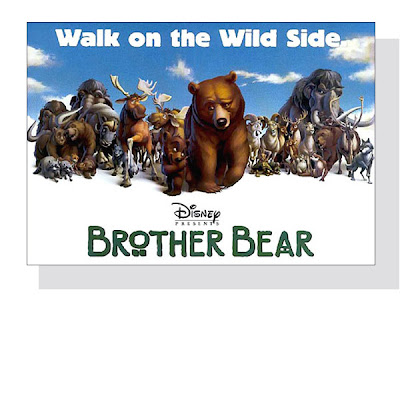 Brother Bear had an amazing story to tell.

It's unfortunate that the movie is quite underrated, it flew into the box office radar when Shrek and Ice Age were so-callrd the top-notch animation models, where slapstick and fart jokes were kind of a must for the kiddies. 2-D wasn't dead; it was just overecclipsed by the green monster.

I think it's fair to say "Brother Bear" actually performed better than the expectations for it. Disney's big holiday release for that year was "Haunted Mansion" and it was released in the prime Thanksgiving weekend spot. It basically stepped on top of "Brother Bear," which was only released 3 weeks earlier on a meaningless Nov. 1 date. But HM grossed $75 million total and BB grossed $85 million total.

I remember seeing the animation guys actually working on B. Bear when we were on vacation in Florida at the then MGM Studios. It was pretty cool. We were sad to see the next year when we took the kids they no longer animated there. I like Brother Bear, it was a deep meaningful movie. Just people who don't like to think did not like it. :)

Loved the movie...and the sequel...and Disney...what can I say...I am a Disney geek and a bear lover...great combo for Brother Bear...