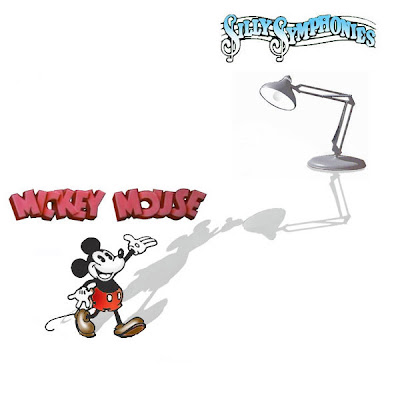 He appears to believe that the Mouse and the Lamp are following the shorts model that Walt used back in the 30's and 40's. While Mickey Mouse cartoons followed a proven formula, the Silly Symphonies were more experimental and divergent from what the audience expected or wanted. There's more to it than that, but that's the gist of it. Give it a read.

I don't know if I agree with that theory.

Yes, there are similarities between the creative paths of Mickey and Silly Symphonies in relation to WDAS and Pixar...but I feel he is short changing WDAS a bit. While the next several films do seem to be Disney going back to its roots, I think that is what will work best Disney at this time, and I think John knows that. They need to repair the studio's name and reputation...before more left field experimentation is heavily considered.

And while Pixar has gotten more experimental over the years, they are not immune to formula and familiarity. They have their ways too.

I think it's far too early to know truly what exactly the next Disney films are going to offer, as well as for Pixar.

I posted a comment on cartoonbrew that I will repost here. It is not about design, it is about people. The directors make the movies that they want to make. Here is my comment from cartoonbrew:

John Lasseter isn’t trying to mold each studio in any way. His philosophy has always been a “director led studio,” which means that it is the directors that define the direction of each film, and ultimately of each studio. The directors at Pixar have primarily been the experimental, challenge what you know type. The next 2D film released by Disney is being directed by Ron and John, so it is not surprising to see them make a film that looks and feels exactly like the other ones they’ve made. If you want to see Disney Animation start to push the boundaries of animation and story and experiment, then they need directors that are willing to do that. Here are the directors of Disney’s upcoming movies: Nathan Greno (head of story on Bolt) and Byron Howard (co-direcor Bolt), Ron Clements and John Musker (directors of The Little Mermaid, Aladdin, Hercules, Treasure Planet), and Aaron Blaise and Robert Walker (directors of Brother Bear),

Disney should have placed the short "Lorenzo" before Bolt- if they were smart. It is the most experimental looking short I've seen come out of Disney or Pixar of late. And it's damn entertaining. It played before a live action Disney film (can't remember which it was) years ago but the movie was a bomb and the short never really got the attention it deserved in terms of public viewing.