The Mouse's Competition Gets Animated: "Monsters Vs. Aliens" Trailer... 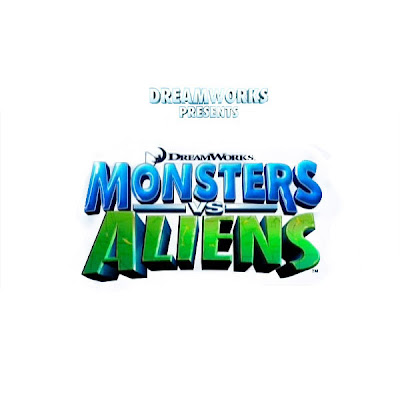 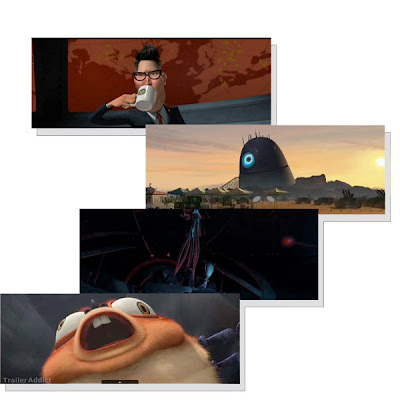 I'm truly looking forward to this early next year. I hope it's as good as it looks. I want Dreamworks Animation to have films that are as good as "Kung Fu Panda," which was the first film they've made that I considered to be "Pixar Quality"... Such competition is good for the Mouse and the public as well. Bob Iger brought in Lasseter to make sure that Disney's own offerings were as good as those of the Lamp. The more good animated films, the better. It's my belief that Disney's Second Golden Age not only helped the Mouse, but animation in general. It made executives take note to the amount of scratch they could earn. It let the idea creep into the closed minds of Suits the conception that animation and cartoons were not just a "kid's thing." As John F. Kennedy once paraphrased: "A rising tide lifts all boats." 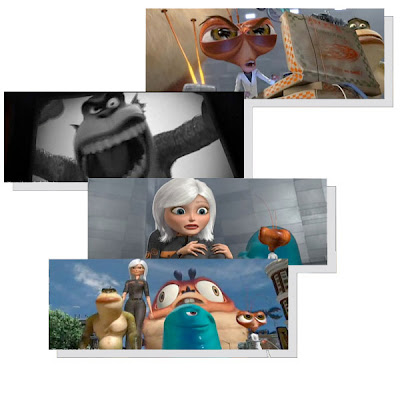 But on to the news. Dreamworks Animation has released the theatrical trailer to "Monsters Vs. Aliens." 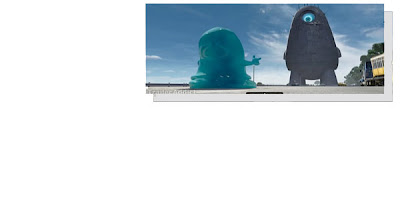 Hat Tip to Trailer Addict.
Posted by Honor Hunter at 7:48 AM

I love the look of this film! It reminds me of those old 50's and early 60's monster films. It also has the feel of "War of the Monster" video game if you've ever played it.

I too thought KUNG FU PANDA was surprisingly good. I was expecting it to follow the usual pop-culture-filled formula, but it didn't!

I hope MONSTERS VS. ALIENS would be as good.