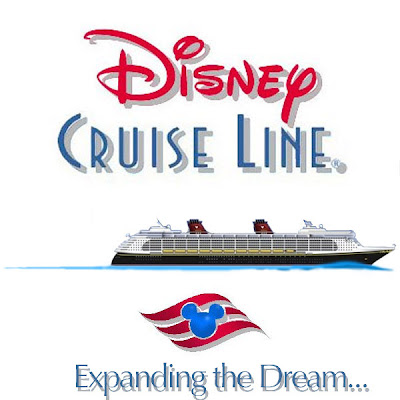 Have you taken a Disney Cruise Line trip yet?

For those of us living out on the West Coast, it's only been the few times the Mouse has sent the ships to the Pacific or we've simply had to take a flight down to Florida so we can experience the delight of Mickey's ships...

If you're keeping track, you know that Disney is building two new ships right now at the Meyer Werft shipyard in Papenburg, Germany that are scheduled to be delivered in 2011 and 2012. These ships will share the classic look of the Disney Wonder and the Disney Magic, but will be two decks taller, able to hold fifty percent more space/guest. The original ships are 83,000-ton ships compared to the new ones which are 122,000-ton ships.

Many people have wondered where they would be stationed. It was thought that the new ships would arrive in Florida and the original ships would head out to Southern California to handle West Coast guest. Well, some of my Bothans are saying that if plans go through now, we'll get one of the new ships instead of our East Coast brethren. The other one would be used for cruises to Europe and other exotic travel locations. So when 2011 comes around you'll be able to book a trip on a lovely new Disney ship that is destined to be a Dream... Uhm.

Oh, and I know the Florida ships have that wonderful island known as Castaway Cay, but we here in California will just have to settle for the island-like setting of the resort Disney will be building down south. Prepare to book your Suite now and sit back with that umbrella drink in your hand watching one of those beautiful Pacific Ocean sunsets.

Interesting/Developing...
Posted by Honor Hunter at 12:02 AM

Is the Mouse building something in Mexico! or in California South of Anaheim, maybe San Diego! area. Keep us updated Honor. I am willing to bet the word Dream will be on the back of one of the new ships :).

Really? What makes you think that?

it makes sense that one should be called dream as you implied honor. but what will the other be? Maybe celebration?

Down south is Hawaii!