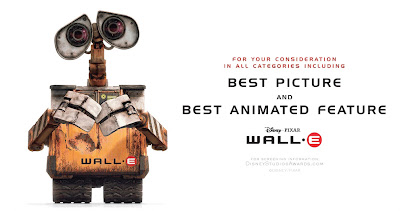 And it deserved it. Not only because it is my favorite Disney Animated Film, but because it was simply a damn good, extremely well made film deserving of a nomination. I was rather upset that they created an Academy Award for Best Animated Feature after that. It was as if they wanted to push animation aside, like some deformed child they wanted no one to see. The Academy seems to think of animation as a juvenile hobby. I tend to think the Academy is juvenile having spent time with several of its members...

Hat Tip to Slashfilm.
Posted by Honor Hunter at 3:53 PM

Honor, my sentiments exactly regarding the creation of a "Best Animated Feature" category. The creation of this category means that an animated feature will never again likely be nominated for, much less win, the Best Picture award. Beauty and the Beast was, IMO, a much better film that Silence of the Lambs, and should have won the award for 1991, as should have Snow White in 1937. - Tasman

Well said, Beauty and the Beast is a magical film.