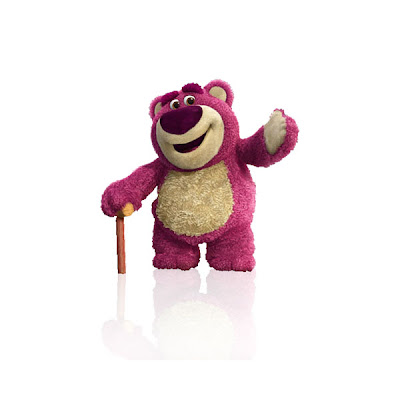 I haven't reviewed a film on Blue Sky Disney in quite a while...

And I still don't intend to anytime soon. I have never really enjoyed reviewing films, I just don't like doing it. Taking what someone has worked on for two or three years and turning all that sweat and effort into a couple of paragraphs seems to belittle even the time and money put into a box office dud. I have my opinions and I state them, I'm not afraid of that, but reviews I'll leave up to others. Now that that is said, I will tell you that "Toy Story 3" is brilliant and amazing. A fine end to a wonderful series of stories that started fifteen years ago. It it every bit as deserving of the accolades it's receiving right now, as the first two. Pixar, unlike any other studio just knows how to make a quality film.

But what I want to say, or talk about, is the culmination of the whole. All three films. The trilogy that is Toy Story. When my friends and I get together and talk film, from time to time we debate what are the greatest films. We also throw out what we think are the greatest trilogies. We've discussed the faults and failings of mega-series like "Star Wars" and "Star Trek." The sadness, that series like "Spider-Man" and "X-Men" when from good, to great, to mediocre with their trilogies. And until now, most of us have settled on "The Lord of the Rings" as the closest thing to a perfect trio of films. As I said, until now.

With the Lamp's release of this film, we now have the perfect trilogy of films about a series of characters. Toy Story, Toy Story 2 and Toy Story 3 are of a quality that rises far above the rest, but also shows that it is possible to create a series/trilogy of films that don't loose story or artistic value in the all mighty attempt to make the all mighty dollar. It ain't easy as the record shows, but Pixar has done it. Amazingly.

When I saw the first Toy Story in 1995, I was amazed at the look, it being the first all computer animated film, but I was swept up in the authenticity of the details of such a heartfelt story. When there was news that a sequel was going to be made, I wondered why and knew that it would fall short of the original... and I was wrong. It was better than the first (my opinion), which I couldn't believe since the first one was so good. As the years lingered on, I heard time and time again of a new, third in the series. From the one not to be made by Pixar from the Circle 7 guys, to the announcement that Pixar would do a finale to their other two films once the company had been bought by Disney four years ago. Again, I thought that it would be a disappointment. I couldn't imagine that they could equal or match what was so right in the first two films... and again, I was wrong.

Now, I'm not going to say that it's better than Part Two, which I still love, but I will say it's an equal brother to it or the first. It's too early for me to wrap my head around it being better than the others, but it is great, it's the best film of the year so far, it deserves to be up for best picture (not best animated), and I could deem it the best Toy Story film after more viewings and more passing of time. But I never thought I'd say that.

But then again, I should have realized that this was Pixar...
Posted by Honor Hunter at 4:10 PM

I'm with you. I can't compare this without watching it one or two more times. The first two Toy Story films have the ability to capture my attention from beginning to end with their story, wit, and character. Time and time again I know I can re-live those two films. Between the two I don't think I can pit one against the other as to which one I like more. I honestly feel like Toy Story 2 was the better film, but Toy Story 1 was first, and resonates with me on a level the second and now third film cannot. With that being said, I think the Toy Story trilogy for me has to remain as one story, with different chapters.

All three simply create the best one.

I'm with you on this one. I don't think I had the same visceral emotional reaction to either of the first two, but I think a lot of that is due to how brilliantly they've closed out the series. Which is the only reason I can't make a decision on which one I think is best. Part of me believes this one might have been the best, but the second was SO good... and the first one was SO good. They're all too close to my heart, and I was in high school when the first one came out! There are very few films that moved me as much as TS3 (Field of Dreams is on that list) and it absolutely deserves a Best Picture nomination.

OMG THE MOVIE IS WONDERFUL I ALMOST GOT A LITTLE TEARY EYED IN THE END. I ALSO AGREE IT SHOULD BE UP FOR BEST PICTURE. OH YEA I'M SO GOING OT SEE THIS A LOT. I ALREADY SAW IT 2 TIMES AND PLAN TO MORE TIMES. :)

You really think it's better than Shutter Island?

Thank god Disney did not develop Toy Story 3 on their own, huh? What a disaster that would have been! I had more fun in the first five minutes of this movie than I had in seven movies that came out of WDFA between 2000 and 2007. And of course, it only gets better from there.

Honor, I'd like to see you try resisting to write a Tron Legacy review this December! :P

And, as with Star Wars the second film is the best. Just wait. It's a great ending (and my favorite Star Wars film is actually Jedi, but I recognize why Empire is by-and-large the favorite), and has many of the emotional beats of Jedi (not the least of which was when Big Baby threw Lotso . . . well, no spoilers, but it was a great moment for a Star Wars geek).

But Toy Story 2 has the introduction of Jesse (and her backstory! beautiful!), the brilliant background on Woody with all the toys and lunch boxes. Woody's Round-up. The two-Buzz story line, and Kelsey Grammer as Stinky Pete. "Stinky Pete! You're out of your box!" Not to mention some of Tom Hank's best line readings of the entire series (although he's great throughout).

Not to mention Zurg. And the elevator sequence. The airplane rescue of Jesse. Such a strong film. And the opening! The Buzz Lightyear opening was brilliant. It made me immediately want to see a full-length Buzz Lightyear movie. And I'd love to see 15 minute vignettes that take place in the worlds of Woody's Roundup and Buzz Lightyear.

Toy Story 3 was great. #2 is the best, however. It almost has to be, because Toy Story 3 had to really draw the trilogy to a close, and it did it perfectly.

Loved that the voice actors spent a lot of time face-to-face in the studio doing their lines in this movie. Did they do that in Toy Story 2?

Anyway, Disney does have a problem. Tangled is sure to be a letdown after this movie.

Toy Story 1 is the best I think because of how it's done, it was the first, the wit, the characters were just iconic in its own way. Toy Story 2 I love watching, also very good. Toy Story 3 is the emotional one of the lot, acting as the conclusion like they did with Pixar's Up, going the very emotional route that just made everyone cry such a happy ending.

I will watch TS3 on Blu-Ray in a few months. I don't think it is worth it to make the trip to the theater. I thought the premise that the 17 year old will actually keep his childhood toys for that LONG is rather unbelieveable. Most of the toys would already made the trip to Goodwill especially the Mr. Potato toys. The remaining toys like Buzz and Woody would already be in the attic many years before him going to college.

I REALLY enjoyed this movie as well, but I do have a caveat.
Toy Story is the first computer animated FULL length movie, but VeggieTales: Where's God When I'm S-Scared? came out in 1993 and was FULL computer animated. Although it is only 30 minutes and was straight to video, it was still FAR longer than anything that Pixar had made up to that point.