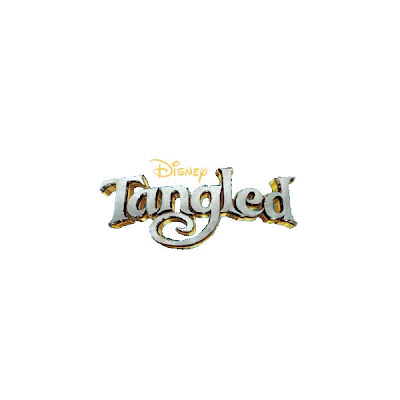 The actual first teaser trailer for Walt Disney Pictures' "Tangled" has been released...

This is the same one which will be before "Toy Story 3" next weekend. As for what it shows, there is really very little of the story shown in context. The trailer is marketed very edgy, and is naturally trying to play up to the market that the Mouse thinks it missed out on in "The Princess and the Frog."

It comes off closer to pop-cultury references, but don't worry about that rock song being in the film. From what I've heard this is marketing for the trailer and the film has songs that play more classically, like B&B. The few I've talked to about the film said it's actually quite good, and Lasseter and the directors have been busy tightening up the story. Little tweaks here and there and most everyone is happy with the result despite a very crunched schedule.

Let down your guard, go over to the recently activated official website and give it a look...
Posted by Honor Hunter at 4:47 PM

I didn't think much of the trailer at first. However after watching it a couple more times it's grown on me. (Except for that silly song they use).

The song isn't in the movie...

Wow, since when did DreamWorks Animation take over WDAS?

I guess Jeffrey is back in charge.

If this whole push towards the boys works, I cannot see it unfolding well. They will be going in expecting one movie and be shown another. That is not a way to endear people to the brand.

Euhm, I have been looking forward to this movie ever since I heard about it, but what is this?!?!

Well the look is certainly the most appealing CGI that I've seen in a long time. I much prefer being taken into another time than any of the modern stories (even if they were into the Monster World, Bug's World, etc...) that Pixar has tackled. And while the look may seem reminiscent of Shrek, I think that's a pretty superficial resemblance. That horse looks beautifully done.

while that pop song may not be in the film, too bad in that short preview, we have how many modern turns of phrase? 5? 6? I don't think anyone knows how to write timeless dialogue anymore, which makes me very suspicious about the rest of the film. I hope a couple modern sounding quips are all we have to worry about.

Do we know anything about the villain in this? I know I saw some preproduction stuff years ago and the witch in Rapunzel is a pretty important figure. I'd love to see a great witch character. We haven't had one since Ursula.

I can tell you that the "Boys Don't Like Disney" is real. My nieces have no problem going to a Disney movie.

"Do you want to go to the latest Disney movie?"

"We could go to the mall afterwards."

What's worse is now the Disney "disease" is spreading to Pixar movies. When they were younger, you could get them to watch pretty much any Pixar movie and they'd be entertained. No more. I can already tell you that they won't go to see Toy Story 3. They had no interest in "Up." In fact, if it isn't "Cars," "The Incredibles" (only the "good parts," according to them) or "Monsters Inc." (again, only the "good parts"), then they're just not interested in it.

Kids aren't stupid and the "Princess Train" that Disney has been riding for over a decade has suddenly derailed when it comes to attracting boys. In my mind, this is the only reason why Disney has taken "TRON" out of mothballs and bought Marvel comics, because the Mouse has a serious deficiency in attracting boys to products.

The trailer is not good. Someone should get fired for letting that Pink song on to that trailer. They could pick a pop song (if they had to) but that one? Ugh.

With Dreamworks producing pieces like How to Train Your Dragon and Kung Fu Panda, Disney animation needs to step up their game. And I think they probably have--Bolt was much better than Meet the Robinsons, and Princess and the Frog was better than Bolt (and, unlike some of their other animated fare, I think Princess and the Frog could provide a great (distinctly American) backdrop for park attractions/areas/restaurants for some time to come).

But the first teaser is awful. If I didn't have as much confidence in Disney, and Lasseter, as I do, it'd make me think that this is a response to Dreamworks, and the equivalent of Coke brining out New Coke because of Pepsi's "taste test" commercials. But I'm betting it's just a crappy teaser.

BTW, marketing everything to "boys" is not the answer. Superhero movies and XD fare, sure, but big summer and holiday tent poles should be marketed to families. Something to appeal to everybody.

Was UP a "boys" movie? Toy Story? Bolt was massively a boys movie. Did it out perform UP? $310 million worldwide, vs. the Prince and the Frog's $267 million. And most of the difference there is probably format--kids want to see the CGI. And Miley Cyrus.

I dunno. I also agree with some of the critics over at Ain't It Cool News that the stuff in the teaser is stuff that's been done a thousand times before, and is getting tedious. The charming cad anti-hero trying to crank up the charm, so confident the girl will swoon . . . but she doesn't! Whacky! Except for this being Rapunzel, there was little I saw in that trailer that I haven't seen a dozen times, and nothing that made the film look interesting to me. The trailers for Shrek 4 are better.

Again, lots of confidence in Lasseter and crew. But whoever is cutting the trailers, they need to try another tactic.

I was watching the original Toy Story VHS the other day, and in the zillion commercial lead-in, they had a teaser for Hercules. It built a narrative about the movie, showcasing some of the ACTUAL MUSIC from the movie, and included "in progress" pencils and other bits that made it a real teaser. Something like that would be way better than that teaser.

Here is a link to the dutch trailer which is different and much more classic Disney. It shows different footage with a different build-up, with more focus on the magic and fairytale and less focus on the contemporary. This teaser is much better if you ask me, AND we'll be getting the original title in the Netherlands. Rapunzel baby! HELL YEAH!!!

Dreamworks makes the worst animated films, how on earth are they any better than disney's? Disney has story, great characters and this looks great, I actually laughed at it, I love that kind of humor. If you've ever read the fairy tale, I never have but I know through research that the villain is her stepmother I think. We'll have to see. This still looks very fun, I even loved Princess and the Frog, me and my brothers. Dreamworks never focuses on story or on character development, after seeing Waking Sleeping Beauty, I realized now how stupid Katzenberg is. He would've ruined the company and he would never have had the classics we have now from Disney.

As much as I liked or disliked this. It is just a teaser trailer after all. For what it is, it was a fun little teaser, but I'll be waiting until the film is actually released before comparing it to anything or passing any judgement. For now I'll just let it stand on it's own as marketing.

Hmmm, no, the Dutch trailer isn't much better (yes, I'm Dutch), it's still not fairytale like... It's still contemporary, not a fairy tale to me.

But if the title stays Rapunzel here, it's fine with me. I think they can not translate Tangled to Dutch, that would me "in de knoop" or something like that, a very weirs title for a movie.

This seriously sucks. Going this route, no one will want to see this movie. No way this will be better than "The Princess and the Frog" (my favorite movie of 2009); that movie was just as good, if not better, than any Disney Classic. Rapu-i mean, "Tangled" really does seem more like good Dreamworks- which is not on par with great Disney.

(btw-im a teenage boy, so wrap your brains around that Disney marketing)

It is an awful title. It just shows that Disney marketing thinks kids and young teenagers are idiots that only like comedy or that boys are really that sexist. I hate the title. I hope they change it back. Where's the petition, I need to sign it. What is Lasseter doing? I thought he had final say on everything that is happening in the animation department? Does anyone know what happened and when it occurred? I think the new title and teaser were awful. I thought Lasseter hated contemporary jokes?

**What's worse is now the Disney "disease" is spreading to Pixar movies.**

That's because Pixar is getting too artsy for its own good. The last really FUN Pixar film was The Incredibles. Everything that followed had story/concept/character problems. The Pixar name sells a lot of people on giving its output a try. But the day is soon coming when general audiences will get as jaded about Pixar as many kids are.

My nephews were bored stiff by Up. So was I, at some parts. But we ALL loved Astro Boy. It's animation was quite good, if not quite Pixar level. But story and character-wise it kicked Up's butt.

"But story and character-wise it kicked Up's butt."

You just lost all privileges to speak on the internet.

Up might be a little more mature for really young kids, but anyone with a head on their shoulders knows that Up was a COMPLETELY superior movie in ALL aspects than Astro Boy.

Will you all just relax, take it easy and quit getting so gosh-darned worked up?! Geez-Louise!

That's because Pixar is getting too artsy for its own good. The last really FUN Pixar film was The Incredibles.

The Earth could swallow you whole for saying something as stupid as that!

All the post-Incredibles Pixar films (which have both great visuals AND great stories) ARE masterpieces and have already become beloved classics.

I know I am looking forward to it...

As far as marketing to boys, do you think Tim Burton's Alice in Wonderland is better for biys than girls? The animated "Alice" seems like a sure-thing for young girls, but Burton's version seems like a bigger sell for boys...though it does have a powerful message for girls about making their own decisions and following their own path.