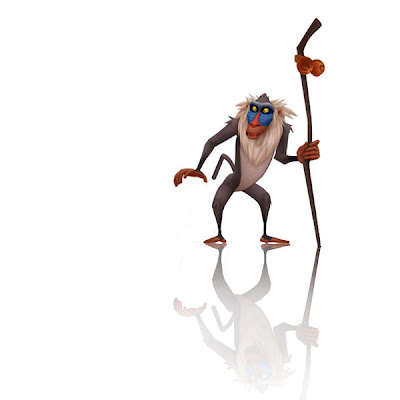 What a wonderful thing...
On this day sixteen years ago, the Second Golden Age of Disney Animation ended...

The fourth and last film of this animation renaissance went out into theaters everywhere and became the Mouse's highest grossing film up until that time. We didn't know it then, but "The Lion King" would become the high watermark for Walt Disney Feature Animation (now, Walt Disney Animation Studios). Nothing since has risen to, or equalled these four films in modern Disney history. Nothing since the Old Maestro at least. We're all still waiting for that Third Golden Age to begin.

All those movies were better films than those old Disney movies.

Hmm, I've always thought of Tarzan as the end of the Disney Renaissance.

The second golden age isn't better or worse than Walt's era. They are completely different films... each with their own charm.

I don't think it ended until Tarzan. Sure, it slowly petered out after Lion King, but all the films up to Tarzan had the insight and devotion to them that the previous films in the renaissance had. After we hit 2000, films took on a different feel, they lost their image, their purpose, their devotion to heart filled story.

Regardless of what people are saying about this new renaissance, it's not happening. Why can't this be accepted? Look at what Disney is doing/has done to Tangled and what it has done to its future plans. Disney bet everything on Princess and the Frog, and it underperformed. That's it. Regardless of what people have said about Tangled, it is obvious from the first previews we've seen and the idiotic name change that Disney has no faith in itself anymore. Winnie the Pooh will be a disaster, and who knows where it will go after that.

Pixar is king now. Disney knowingly allowed and made it that way entirely on their own account. We should all be thankful that Disney actually bought Pixar. If not, I think Disney would be in a much worse scenario right now than it already is.

I'd agree that Tarzan was the end of the era. Sure The Lion King was the end of a certain streak in style. But the true downhill started after Tarzan.

Oh come on, Pocahontas, The Hunchback, Hercules, Mulan and Tarzan and in some way Fantasia/2000 also belong to this Second Golden Age. They didn't make as much money as TLK, but they still were amazing movies, which brought great music, great stories and a great legacy for Disney.

I really always thought in ended with Fantasia 2000.

no love for Lilo and Stich?

lilo and stitch was a fish out of water

Pocahontas and Hunchback (Maybe even Hercules) were hundreds of times better then Lion King. Maybe not in money but definitly in story and quality.

"All those movies were better films than those old Disney movies."

Right, and the Prequels are better than the original Star Wars films too.

"I really always thought in ended with Fantasia 2000."

While several sequences were quite beautiful, the celeb intros we're distracting. And the film was as many before it, very wanting in the box office category.

"no love for Lilo and Stich?"

"Pocahontas and Hunchback (Maybe even Hercules) were hundreds of times better then Lion King. Maybe not in money but definitly in story and quality."

You have never seen many quality movies then.

In some way the Golden Age is still @ Disney, remember they bought PIXAR?

I agree that all of the post-Lion King 1990's era Disney animated features (Pocahontas, Hunchback, Hercules, Mulan, Tarzan and Fantasia 2000) are often underappreciated and deserve more credit, with Fantasia 2000 truly marking the end of that period.

On the same token, the post-2000 2D Disney films aren't all bad either. Lilo & Stitch was also a huge hit, The Emperor's New Groove and Brother Bear were modest successes at best and even though Atlantis, Treasure Planet and Home on the Range tanked, they aren't completely bad.

The Princess and the Frog may not have met expectations completely, but it did not bomb! It has been a success overall and is still bringing in the cash.

Say what some of you are saying about Tangled now, but when it hits the theaters later this year, you just might find yourself saying something like "Boy, was I wrong. This movie is great, a lot better than we thought it would be". After all, you shouldn't judge a film by its trailer, just as how you shouldn't judge a book by its cover. Reserve judgement until you actually see it.

Overall, I still believe that the 3rd Disney animated feature renaissance is taking place right now, even as we speak. It's going to take a while, but we have to be patient and not throw in the towel at just the mere drop of a hat.

Also, Honor Hunter, I think you should've acknowledged the 15th anniversary of the highly-underrated Pocahontas in an entry here on your blog.

The point is that from Little Mermaid to Lion King every film (excepting Rescuers Down Under) built upon the success of the one before until you reached the unprecedented success of Lion King. After that, there was a huge box office drop-off for Pocahontas that continued with Hunchback and Hercules. There was a slight uptick for Mulan and a bigger uptick for Tarzan, but they never got back to the same level of success as Lion King. I really enjoy the music for Hunchback and Pocahontas, but there are some pretty big problems with both of those films. Tarzan -- if they could just completely edit out Rosie O'Donnell's character it would be a brilliant film.

Mermaid to Lion King / 1989 - 1994(excepting Rescuers Down Under) is generally considered the second golden age and 1995 - 2000 the second silver age, and I agree with that classification. The films 1995 - 2000 were all great but not quite as original and certainly none of those filled me with the same sense of wonder as the 1989 - 1990. For me, the high watermark of that generation was Beauty and the Beast, though Lion King was the most visually stunning.

NEVER EVER EVER EVER DEFEND HOME ON THE RANGE! It was the laziest, and most horrific disney film ever, and it should be put in a vault and never ever viewed again.

Tarzan was a brilliant film - the scenes of him swinging through the vines paired with the Phil Collins soundtrack is some of the best animation out there.
Princess and the Frog was, in my opinion, great in the same way Aladdin was, but times have changed. I would love to see Disney bring traditional animation to this century in a more relevant way.
On a side note, I think Tangled looks like they are trying to be Shrek.

After that, there was a huge box office drop-off for Pocahontas that continued with Hunchback and Hercules. There was a slight uptick for Mulan and a bigger uptick for Tarzan, but they never got back to the same level of success as Lion King. I really enjoy the music for Hunchback and Pocahontas, but there are some pretty big problems with both of those films. Tarzan -- if they could just completely edit out Rosie O'Donnell's character it would be a brilliant film.

Don't judge a film by its box office results.

Also, I cannot completely agree with your problems with the stories for those later films, which I don't think are as problematic as you seem to think.

And to say that Terk should be taken out of "Tarzan" is like saying that Sebastian should be removed from "The Little Mermaid" or that "Aladdin" shouldn't have the Genie.

Just because you don't like a particular character or certain aspects of a story does not mean that the film in question is bad.

NEVER EVER EVER EVER DEFEND HOME ON THE RANGE! It was the laziest, and most horrific disney film ever, and it should be put in a vault and never ever viewed again.

At least it's a heck of a lot better than the majority of Dreamworks' output.

On a side note, I think Tangled looks like they are trying to be Shrek.

I don't think so. Don't judge a film by its trailer.

The differnce between Terk and Sebastian and Genie is that Sebastian and Genie are charming and endearing while Terk is annoying and grating. Please do not insult Sebastian and Genie by associating them with Terk. By the late 90s Disney had fallen into the "formula" of having funny sidekick characters and Terk is the worst example. But I do not judge the whole film by that one character. I think Tarzan is a fantastic film, and is a near-masterpiece. To me, Rosie's performance just docks it half a letter grade, if you will.

Regarding box office, that's the way the company judges it, and it's also an indicator of how the public voted with their dollars, so it is a fair way to judge. It doesn't mean I don't personally like those later films. I said above that I really like Tarzan and I think very highly of Mulan, I think it is some of their best work. But Mulan simply didn't resonate with the public the way that the 1989-1994 films did. It was not a success in the same way that those films were a success.

Home on the Range was an real flop at box office along with Treasure Planet!!!!!!

The Emporer's New Groove was never really was an Disney Hit and the
Kingdom of the Sun don't deserves to be changed into an underrated Disney story!!

The Kingdom of the Sun would've been made into an better verison
of the story if Disney didn't made
Mark Dindal part of the production crew(Diehard Disney fans should resends Mark and shoud prays karma on him for the sake of justice for
the Sun)!!!!!

When Tangled comes out, I'll judge it by the movie itself, but I'm basing my opinion on the trailer as that's all I CAN base if off of now...

In your opinion maybe.

And to make matters worse, you didn't even give more detailed reasons to back up your claims.

Please do not insult Sebastian and Genie by associating them with Terk.

I was not insulting ANY of those characters, nor was I associating any of them with each other!

Read before you react!

By the late 90s Disney had fallen into the "formula" of having funny sidekick characters...

Sorry, but that point is pretty much moot, since almost all Disney animated features (including the pre-mid-90's ones) have had "funny sidekick characters".