The Journey Of Peter Parker... 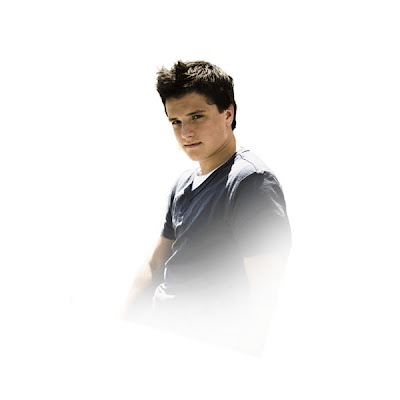 Feast your eyes on this...

Could this be your friendly, rebooted Spider-Man in the flesh? Word from my Bothans is that Sony has settled on "Journey to the Center of the Earth's" Josh Hutcherson as the newly, high school bound Peter Parker after narrowing the search down to three actors. After several extensive test shoots were performed, Marc Webb and the top Sony $uits may have decided that Hutcherson was the right fit for the role and an offer could be made. The deal hasn't been signed yet, but if all works out there could be an announcement soon. Now, should the deal be signed, I wonder who'll be cast as the Lizard?

Hey, he looks more like Parker than Tobey ever did.

I'll wait to see the trailer.

So they're using the Lizard as the villain in Spider-Man 4?

Or are you just playing a joke on us, Honor?

an interesting piece of information indeed.

definately not the best actor of the bunch

Even though Spiderman 3 was not very good, they still should have finished the series. They gave a big middle finger to all the fans, and all the actors who made the Spiderman series what it was. Instead, they decide to reboot the series, which makes absolutely no sense. I hope it bombs at the box office.

Really? I liked Bridge to Terabithia and also Journey to the Center of the Earth. But for Spiderman? I just dont know. I guess we dont have much of a choice but to view the final product.

I hope you're right. We don't need to have Doc Oc and Green Goblin rebooted as well.

I love this blog. I just hope you're not messin' with us.

I might forgive the reboot if I can see the Lizard on the big screen.

We want SPIDER-MAN 4 CONTINUATION reboot, not some crappy back to the beginning ULTIMATE SPIDER-MAN!

I have nothing against a reboot, but they need to go a different route with the villians. No more green goblin. They should start after the first movie. The origin story takes much time and space. Begin the new story when Peter is already Spiderman.

Bad bad bad. No Spiderman 4 was bad news. The reboot was worse news. And now the new actor to play Parker takes the cake! They should have just finished the series with Spiderman 4 and waited like another 10 years to start a reboot as batman did. Waiting 3 years to start a reboot is never enough time. Very bad move Marvel! As far as I'm concerned, Toby Maguire is and will be the only Spiderman, with Kirstin Dunst as the only MJ!

I'd love to see this new Spider-Man, can't say for sure about the cast, it's all rumors as far as this point goes. Marc Webb I'm rooting for to make a good movie rather than the cartoonish stuff Sam Raimi made. Maybe film it like Inception or like the TV series, now that would be cool. I want to see Venom as the villain personally, a better version like from the animated series, but Lizard is cool, I'd go for that.

Is this truly an exclusive? It seems to be all over the 'net right now. I'm not questioning your sincerity, Honor, but it appears that other people are hearing the same thing from their sources too.

Personally, I LIKE this choice. Hutcherson was solid in "Bridge to Terabithia," so I'm guessing the Disney suits (to the extent they are involved) would approve. Plus, he still looks like a high school kid (while Tobey Maguire never really did) and I think he can pull off being both a slightly nerdy Peter and a heroic Spider-Man. I don't think that he'll be quite as nerdy as Tobey was, but that's probably a good thing.

Then again, maybe it's all over the net because you posted it first.

@Honor Dont tease us. I am hearing the news of the new Spiderman on other sites as well. But your the only one saying "Lizard" haha.

The kid is a midget. He will need a stool to shoot all of his scenes.

"Is this truly an exclusive? It seems to be all over the 'net right now. I'm not questioning your sincerity, Honor, but it appears that other people are hearing the same thing from their sources too."

It's all over the net NOW. Not yesterday when he posted this. Josh was one of several people that they were looking at. He confirmed that he actually was the new Spidey. After people start reporting the same stuff doesn't mean it wasn't an exclusive.

Keep up the good work, Honor.

I heard it was Andrew Garfield, at the last moment Hutch's people (agents) tried to pull a fast one - typical hollywood b.s. - so now he can thank "his people" for not having a job as your friendly neighborhood spider-man.

Josh is not the new Peter. Andrew Garfield is.

The guy should fire his agent if they were stupid enough to lose this part for him.

Marc Webb and the top Sony $uits decided that Hutcherson was the right fit for the role and an offer was made and has tentatively been accepted.

Sounds like most people didn't see the word "Tentatively" when you posted this, Honor. Or perhaps they don't want to see it.

You can't help it when they change their minds, or actor's agents are really, really STUPID.

Tobey Maguire is the best actor to play the role of spiderman. No other actor suits this character..
Muscle Max XL

My interest in Spiderman series movies has ended because of absence of Tobey Maguire. I used to follow him but now I am very sad.
colotox

Also, Disney and Marvel aren't a part of this. Sony owns the film rights. These decisions are being made by Sony. And the reason they are doing it now is they lose the film rights if they don't use them by 2012 I believe. (The date may be wrong, but they have to use the rights or they lose them and they revert to Disney)

I know you got Spidey wrong Honor, but you did get the villain right. You were close though, really close.

they decide to reboot the series, which makes absolutely no sense Acai Max Cleanse

Tobey Maguire did a great job in spider man series.