Finally, Oswald gets some respect... 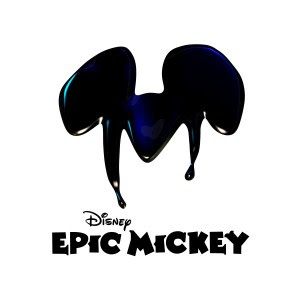 Disney Interactive has released a behind the scenes video of the making of Junction Point's new game starring a certain mouse...

"Epic Disney" looks like it's going to be a great game and gives you an idea as to where video gaming is/can go. I imagine someday being able to play a game that looks and interacts like one of the classic shorts. As always, story has to rule, no matter if it's Pixar, Walt Disney Animation Studios or video games like "Batman: Arkham Asylum." A great game involves an intriguing and compelling story with amazing graphics and good game play.

Warren Spector looks to have another hit on his hand...
Posted by Honor Hunter at 9:25 AM

Man I'm loving that. I wish the characters looked a bit less CGI and more "toony" (especially Oswald - his mouth looks too Muppety), but otherwise this game has a great look and a great idea behind it. I'll definitely be picking it up.

I've seen the trailer, actually looks like an interesting take on the story of Mickey. Maybe a bit dark for some kids, but no big deal, everyone loves horror. Thank you for saying that, story is the most important part of a movie or anything you do. I agree about that compelling story, graphics and great game play, one having all of those is one of my favorite games, Ghostbusters. It had everything. A video game should be treated like a movie like the Ghostbusters game, essentially a video game is essentially a five hour movie, which I'm glad they did with the game, making it the third movie. I'd love to make stories like this, making compelling games and such.

I will be getting this when it comes out. Though, I need to get Super Mario Galaxy 2 first...