More Than A Galaxy, A Whole World... 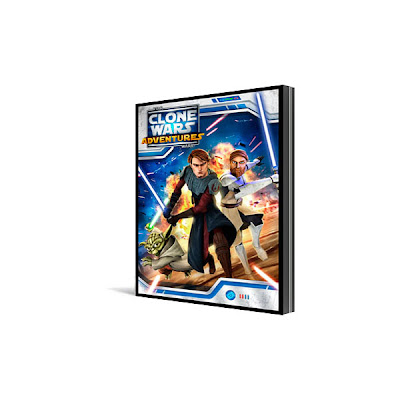 Young Padawan's everywhere will be happy to hear this...

As with the announcement of the release of "Clone Wars: Season Two" comes the news that Lucasfilm and SOE have partnered to let fans of the Cartoon Network series actually enter that world/galaxy(?).

So, from the press release:

Developed and published by SOE, creators of the critically acclaimed kids' game, Free Realms, and licensed by LucasArts, in conjunction with Lucasfilm Ltd., Clone Wars Adventures will launch online and in retail stores this fall.

For more info check out the full announcement here.
Posted by Honor Hunter at 9:22 AM

How dare you be bored by Lucas the All Knowing!

You're probably some kind of Trekkie or LOTR fanboy!

SUPER yawn. This show is pure crap. Badly written, HORRIBLY paced and designed, and just plain boring. It's almost as if they're making it up as they go along!
It looks like a cheap videogame from 1985--only not as entertaining.

Oh, boy, a CloneWars video game! Now I'll get to move those stiff ugly CGI mannikins around all my own self.

Hell, I couldn't do any worse than whoever's "animating" them for the series.