The Wraith Of Con... 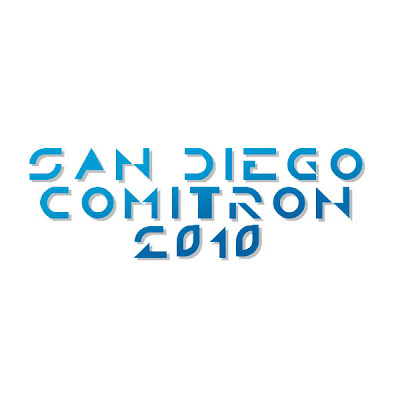 We may all be faulting the marketing of Walt Disney Animation Studios' "Tangled" by the Mouse, but there are some projects that they seem to know how to market. No mater if you liked it or not, "Alice in Wonderland" was marketed very well and the end result at the box office proved it. The "Pirates of the Caribbean" film series has been handled very well, and the Pixar films have all been part of a great promotional strategy.

Another one that has been handled brilliantly so far, is "Tron Legacy."

From that first surprise clip of the test footage a couple years ago, to last years appearance and the following WonderCon marketing as well.

And the viral marketing campaign has been just as good.

Now comes word, officially from the Mouse about their plans for the 2010 Comic-Con in San Diego:

BURBANK, Calif. (June 17, 2010) — Returning for an unprecedented third year to the fans and Convention that “started it all,” Walt Disney Pictures is pleased to present a very special, insider look at its upcoming “TRON: Legacy” at this year’s San Diego Comic-Con International Convention. At 11:15 a.m. on Thursday, July 22, 2010, the panel presentation will be held in Hall H of the San Diego Convention Center. On the dais will be filmmakers and talent from the film, including director Joe Kosinski, producers Sean Bailey and Steven Lisberger as wells as cast members Jeff Bridges, Garrett Hedlund, Olivia Wilde, Michael Sheen and Bruce Boxleitner. The panel discussion, to be moderated by Patton Oswalt, is set to include exclusive glimpses of the film, as well as a Q & A involving all panel participants, along with special surprise guests.

It was at the 2008 Convention that the vision of a 21st century TRON was born. When VFX test footage was shown to a packed hall of incredibly surprised convention attendees, it was met with such an overwhelmingly positive response—becoming the “it” moment of the Convention—that the studio gave the film an enthusiastic green light. In 2009 “TRON: Legacy” returned to Comic-Con with an expanded presence and this year, the filmmakers and cast are back with never before seen visuals and “scoop” for the Convention fans who have been such an instrumental part of the story of “TRON: Legacy.”

Director Joe Kosinski comments: “When we made the teaser, we envisioned it as a sneak peek at the potential of this project. We set out to stay true to the characters, the vehicles, and the world established in the first film—then show its evolution. When it took off with the fans, we knew we were in the right place. Because they’ve been key to getting this story told, we’re back to keep them involved, and excited to finally present actual footage from the film to the audience that made it all possible.”

To add to the excitement of this extraordinary event, Disney will showcase an interactive TRON booth on the convention floor (located on aisle #3712), giving fans a first look at the all new “TRON: Legacy” inspired merchandise launching this fall. Capturing the action, light, and cool aesthetic style of the film, the display will include toys, electronics, collectibles, apparel, accessories, publishing and the “TRON: Evolution” video game from Disney Interactive Studios. Comic-Con exclusive products will also be on sale. Disney will also reveal exciting new mobile content at the event.

“TRON: Legacy” is a 3D action-packed adventure set in a digital world unlike anything captured on the big screen. Sam Flynn (Garrett Hedlund), a rebellious 27-year-old, is haunted by the mysterious disappearance of his father Kevin Flynn (Oscar® and Golden Globe® winner Jeff Bridges), a man once known as the world’s leading video-game developer. When Sam investigates a strange signal sent from the abandoned Flynn’s Arcade—that could have only come from his father—he finds himself pulled into a world where Kevin has been trapped for 20 years. With the help of the fearless warrior Quorra (Olivia Wilde), father and son embark on a life-or-death journey across a visually stunning universe—created by Kevin Himself—which has become far more advanced with never-before-imagined vehicles, weapons and landscapes, and a ruthless villain who will stop at nothing to prevent their escape.

Comic-Con International is a nonprofit educational organization dedicated to creating awareness of, and appreciation for, comics and related popular art forms, primarily through the presentation of conventions and events that celebrate the historic and ongoing contribution of comics to art and culture. This year’s annual convention runs July 22-25 at the San Diego Convention Center.

I think no matter what else happens at this convention (and I'm hearing about quite a few surprises), this one is going to be owned by TRON.

The cast is full of old timers. The trailer with the wrinkled barefoot Jeff Bridges has its yuk moment. The movie had better be good because so far I'm underwhelmed.

You'll be an old timer too someday and believe me it will come sooner rather than later. Aging is a fact of life. Just because a person has wrinkled skin and gray hair does not make them any less of a human being. In fact it makes them even more respectable because of their experiences and knowledge. Jesus I swear some of the comments on this blog sometimes are so profoundly immature it's staggering.

I suppose its immature to expect the "Karate Kid" to be played by an adolescent rather than a 40 year old. The new Star Trek reboot featured a young Kirk and Spock.
The A-Team movie features young actors rather than senior citizens playing the role.

Aging is not an excuse to cast a movie. I wonder why Tron didn't reboot with a younger cast. Tron seems to be retro movie. It's nostalgia for the past rather than a look into the future.

You obviously don't get it. Tron features a new generation of leading actors; Garret Hedlund, Olivia Wilde. Jeff Bridges and Bruce Boxleitner are reprising their roles (they are in their 60's and 58 year-old Liam Neeson in A-Team the same age George Peppard was in the original TV series) but the story centers around Flynn's son, Sam. The look of the film has advanced to show how 30 years of evolution have changed the technological world. Don't know what your misguided prejudice is against "senior citizens" but William Shatner IS Captain Kirk not some recast poseur named Pine.

Aging is an appropriate theme that will be explored in the film. Alan Bradley tells Sam that Flynn came to him with a discovery that will change science, medicine, and religion. They have utilized the technology to de-age their program counterparts and I suspect Flynn has discovered some kind of virtual immortality by his immersion inside the electronic world. I am hoping Joseph Kosinski can competently address these exciting themes and ideas in the story and how it deals with the mysteries of life.

"Don't know what your misguided prejudice is against "senior citizens" but William Shatner IS Captain Kirk not some recast poseur named Pine."

Obviously, you can't handle an alternataive opinion that has nothing to do with prejudice.

Well, William Shatner as Captain Kirk has RUN its course. It will no longer carry a movie. Bones is really dead. The trio of Kirk, Spock, and Bones is gone forever.

The Next Generation imploded at the box office. So no loss there!!!

The reboot was necesary to save the series "behind". It did play homage to the past. The senior Nimoy made an appearance that I thought was completely unnecessary.

As for Tron, YAWN. I didn't care much for the original movie that I actually saw in the theaters back then. The movie wasn't much of an success. It had its fans in a cultist sort of way. The senior tie-in is unnecessary. Why not start completely fresh like Battlestar Galactica?

Battlestar Galactica has almost nothing to do with the original show except for the title and names of the characters. Wjhy not call it something else entirely? Hollywood can;t come up with an original idea to save its life it has to rape and pillage everything else and reboot and remake everything else. I like the fact that Tron is a sequel and not a reboot because it is respectful of the original source and there is an opportunity here to show how the technology has evolved and the story actually lends itself to update the effects, not just changing things just because they can. It's not trying to re-invent the wheel or ride upon the success of the original material in the way the Star Trek and Galactica are obviously trying to cash in on. If that were the case then Tron Legacy would never have gotten made.